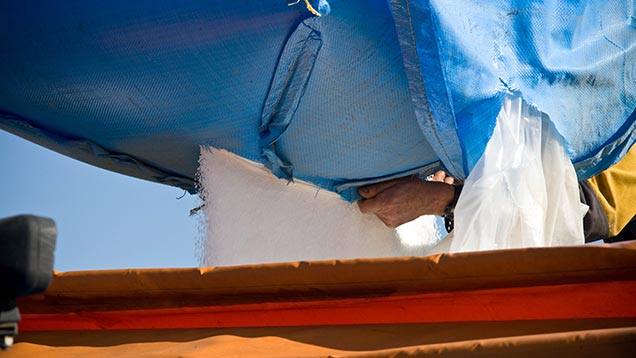 Almost every farming sector suffered farmgate price drops across the year, according to the index which takes 2010 as its base.

This was slightly offset by a 5% fall in the cost of inputs, helped by the world oil price, which plummeted last year, reaching a low of below US$50 (about £30) a barrel in January 2015.

Oil prices have since started to pick up and motor fuel prices were 4.1% higher in March compared with the month before – the first increase since July.

Dairy farmers suffered the biggest fall in output prices, with a drop of almost 26% compared with March 2014. Defra’s farmgate milk price (an average across all contract types) stood at 24.99p/litre in March 2015 compared with 33.71p/litre for the same month last year.

Potato growers, as expected, suffered a 19% fall in output prices compared with the year before. Latest figures from the Potato Council put the GB free-buy average at £97.65/t in the week to 15 May – whereas the same week last year was £136.62/t.

The Agricultural Price Index (API) measures the monthly price changes in agricultural outputs and inputs for the UK.

Defra collect prices from a wide variety sources to produce the monthly API. This includes data from its own surveys, information from the AHDB, and the ONS.