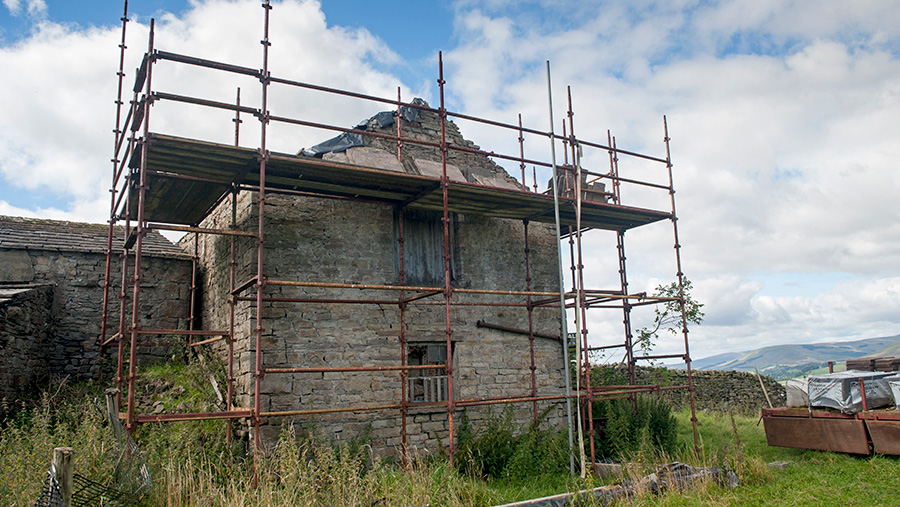 The guidance issued by the ministry of housing to local authorities is on permitted development rights (PDRs), which allow certain types of building work to be carried out without having to make full planning permission applications.

Critics claimed the open wording of the rules has allowed differences in interpretation to occur depending on which local planning authority was considering the request.

It is the Class Q category of PDRs – which allow agricultural buildings to be converted for residential use – where most difficulties have been seen.

There was confusion about what level of development was allowable before an application for an internal alteration was deemed to amount to an entirely new construction.

David Long, partner at Isle of Wight-based rural property specialists BCM, said where plans were in the balance, most authorities erred on the side of caution and figures showed almost half (49%) of applications were being thrown out.

“There has been uncertainty about whether a building which needed extensive internal alterations was deemed suitable for conversion,” Mr Long said.

“Local authorities tended to reject schemes that needed substantial work, even where this did not affect the building’s exterior.”

Graham Clark, planning consultant for chartered surveyor Berrys, added: “Many applications have been refused because they were proposing internal works to structurally support the building or create a first floor.

“The newly issued guidance now states that internal works will not be controlled by the Class Q regulations, allowing significant restructuring to take place within the building shell,” he explained.

The revised guidance released by the ministry of housing states: “Internal works are not generally development. For the building to function as a dwelling it may be appropriate to undertake internal structural works, including to allow for a floor, the insertion of a mezzanine or upper floors within the overall residential floor space permitted, or internal walls, which are not prohibited by Class Q.”

“This should hopefully resolve some of the main reasons why some councils have refused Class Q development applications,” Mr Clark added.

However, while some queries on internal aspects had been resolved, there are still difficulties to overcome such as a block on developments that extend beyond the building envelope.

“In one submission we aimed to have a first floor added to a building. It was rejected for two reasons – one was the extent of structural change needed to take the additional load bearing. The other was that the window sills extended beyond the envelope of the building by a matter of a few centimetres,” said Mr Clark.

“Now with the revision we would presumably be allowed to add a steel frame internally to take the floor, but we would still battle to have the window sills because of the literal interpretation by some.”