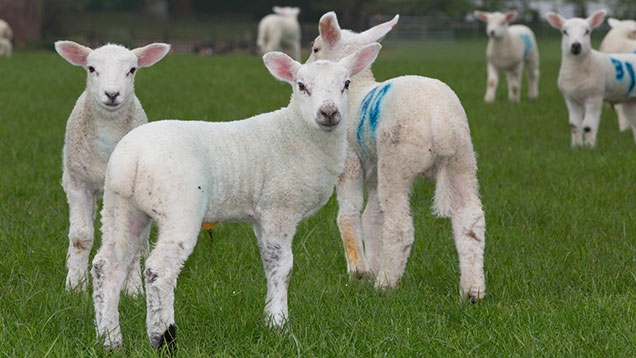 New season lamb prices are the worst in five years and look set to stay under subdued.

This was more than 42p/kg lower than the same time last year and worst June value since 2010.

Deadweight prices have held up better in June, with the SQQ rising more than 11p/kg to 411p/kg by 20 June. But producers have said they expect further pressure on this week’s prices.

Lamb supplies remain high compared to last year and continuing strength of sterling makes it harder to shift the third of UK sheepmeat that is exported.

AHDB senior analyst Mark Kozlowski said prices were expected to fall at this time of year – but typically that was from a high spring peak.

“This year we have not had that [spring] increase and our prices are falling as they usually do,” he said.

“And even if we are not exporting lower volumes, the price we have sold them at has got to be lower because of the strength of the pound.”

Lamb numbers through markets were lower this week, falling 15% in the last seven days, but remain above last year’s levels.

Across the country the lamb crop has reportedly been good, despite some colder weather.

April trade figures showed the high New Zealand supplies that flooded the UK in February and March had finally dried up.

“We have got a really good quality product but the price is so disappointing and we are still seeing plenty of offerings of New Zealand lamb [in retailers].”

Lamb prices are £20 a head down on this time last year. Would be lovely to see British lamb being promoted at seasonal best in supermarkets.

I know theres price problems in many Ag sectors.. But unless price steadies theres some serious pain to come in the sheep job…