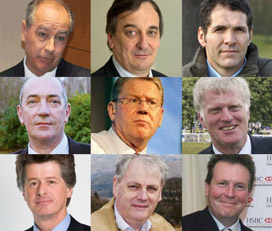 The NFU elections to decide who will lead the union for the next two years take place on the second day of the conference on 22 February 2012.

With presently only one candidate nominated for president, the current incumbent Peter Kendall, the presidency appears to be a foregone conclusion.

The outcome for the other posts, deputy president and vice president is less clear.

There are eight candidates in total who have been nominated for the two positions, with two names going forward for both posititons.

Read the biographies and find out more about the candidates in their own words on our NFU Elections page exclusive.

Hot topics at this month’s NFU Conference will include CAP reform, reducing red tape in farming – and the thorny issue of bovine tuberculosis.

Hundreds of farmers will gather at the ICC conference centre in Birmingham for the two-day event, which takes place on 21-22 February.

Day two of the conference will conclude with the NFU AGM, followed by the union’s presidential elections.

Have your say on the NFU elections