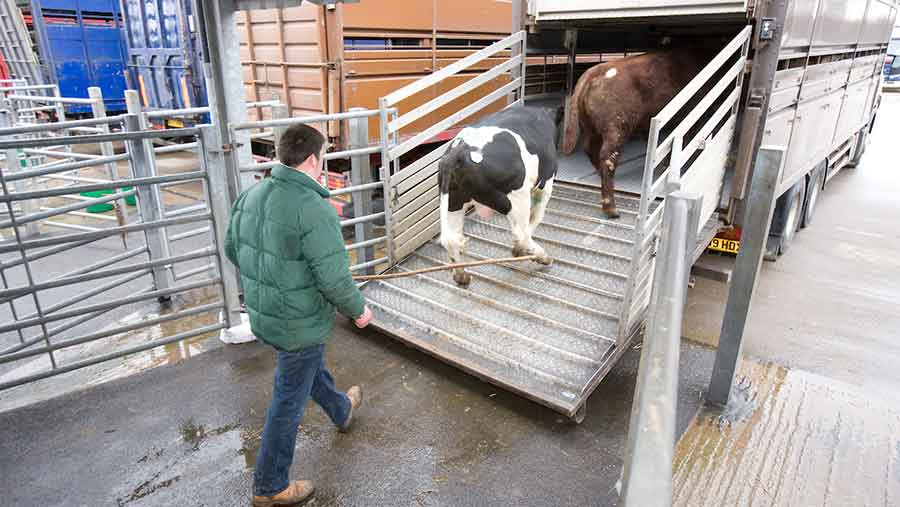 Farmers in Northern Ireland have challenged Defra minister Michael Gove’s backing for a post-Brexit ban on live animal exports from the UK.

Mr Gove backed The Live Animal Exports Bill during a meeting with Conservative party animal welfare groups – a move that has drawn criticism from the The Ulster Farmers Union as  “lacking credibility and ignoring the importance of live exports to the province’s economy”.

The Bill, which had its first reading in the House of Commons at the end of October, does make provisions for animal movements between Northern Ireland and the rest of the UK (see box). But it proposes making live exports to continental Europe and beyond a criminal offence causing consternation at the UFU.

The union’s deputy president, Victor Chestnutt, said: “We have a strong cattle and sheep industry which is highly dependent on live exports to maintain the economic viability of the sector, which in turn, supports the wider rural economy and environment.

“Five-year averages for Northern Ireland show that almost 60,000 cattle and 485,000 sheep are exported live annually to a variety of destinations in continental Europe.”

Mr Chestnutt added the economics of livestock production in Northern Ireland would be severely hindered if the ban was imposed and this would have adverse impacts for the environment and rural areas as well.

“Northern Ireland is one of the most productive livestock regions in Europe,” he said.

“At this stage the Live Animal Exports Bill does not provide specific detail on how the supporting MPs foresee restrictions applying to Northern Ireland, but from our perspective we want to make it clear that any proposal to restrict live exports will be opposed by farmers in this region.”

A statement released by the union said that, to date, peer-reviewed research studies has demonstrated that where livestock are transported in accordance with existing EU legal requirements, there is no adverse impact on animal welfare or the performance of the animals.

“So the rationale for these legislative proposals is highly questionable,” Mr Chestnutt said.

“We are very much of the opinion that demonstrating high standards of animal welfare is crucial for the facilitation of the live export trade and we believe our exporters are meeting these standards,” He added.

“In truth, the MPs and animal welfare lobby behind this legislation would be much better focusing their time on making sure third country imports meet our standards, rather than creating a new regulatory environment in the UK which puts our businesses at threat.”

The Live Animal Exports Bill was first presented to the House of Commons on 26 October and is expected to have its second reading on 2 February 2018.