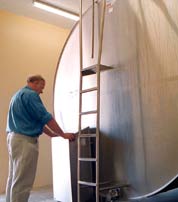 However, DairyCo says that the overall UK figure masks some key differences. For example, provisional GB milk deliveries in October totalled 895.9m litres, some 13.6m litres (1.5%) above October 2008, while production in Northern Ireland has continued to tumble.

The fall in NI milk deliveries for the first seven months of the current milk year stands at 7.2% (83.2m litres) with cumulative deliveries currently at 1,072.2m litres.

DairyCo says the fall in NI milk deliveries may be partly due to low milk prices within NI, compared with GB. The average milk price for NI between April and August was 6.74p/litre below the GB price.