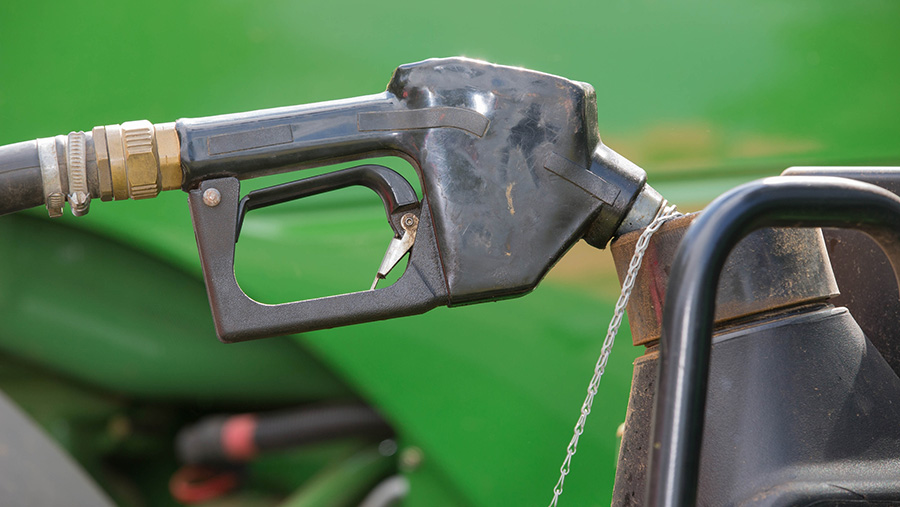 Oversupply is keeping fuel prices in a narrow range, following a pre-Budget rise of up to 4p/litre on widespread anticipation of a duty increase.

However, the market is described as spiky, with daily movements of up to 1p/litre. This has put typical deliveries of red diesel on to farm at 35-38p/litre in the past two weeks.

Prior to the Budget duty rise speculation, red diesel had dipped to 32.5p/litre and many in the trade were surprised there was no duty rise after all, said Duncan Lambert, director and general manager of Hull-based Rix Petroleum.

Things had now settled down and could settle a bit further over the next week or so, said Mr Lambert, who expected to see prices in the low to mid 30s delivered to farm over the next few months.

At Mole Fuel Solutions, which operates in East Anglia and the South West, business development manager Nigel Collen said two forces were at work, with oversupply pulling prices down and traders trying to push them up.

This was in anticipation of a meeting on 17 April between Organization of the Petroleum Exporting Countries (Opec) and non-Opec oil producers to try and agree production cuts.

Farm cashflow restrictions mean, for many, orders are only being placed as fuel is needed, despite some traders offering fixed prices through to 2018.

“My advice is just to keep tanks full,” said Mr Collen. “The market has to go up quite a lot to justify the premium to fix.”

However, Mr Lambert said he was doing an increasing volume of fixed price forward business as growers became more used to this and valued being able to more accurately predict production costs.

Rather than offering standard packages as in the past, this business was increasingly bespoke to take account of individual farm business requirements, such as payment terms or flexibility as to when deliveries were wanted.

For example, a volume of fuel could be booked to draw down at any time in a set period, rather than committing to equal monthly volumes.

One farmer had recently booked 10,000 litres of red diesel at 38.6p/litre to be used any time over the next six months.

This was not his whole requirement but would be used to lock in a portion of his fuel costs, with payment up front.

Deliveries of 10,000 litres a month through July, August and September were available at the same price.