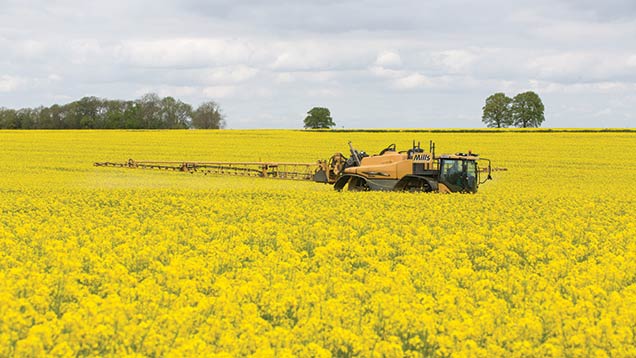 According to Owen Cligg, trading manager at United Oilseeds, farmers had probably sold less than 5% of the 2015 crop so far.

In the short-term, the outlook for markets was fairly bearish, with a record South American soya bean harvest under way, and US farmers likely to plant another large area this spring.

“That could well weigh on global prices,” said Mr Cligg.

On the upside, the EU rapeseed crop was set to decline from about 24m tonnes to about 22m tonnes, and with good Chinese demand for Australian canola, the supply and demand balance for rapeseed could be positive.

“Fertiliser remains expensive, which could lead farmers to reduce inputs in places such as Ukraine, which would potentially impact on yields,” added Mr Cligg.

“And between now and harvest there’s still scope for potential weather problems around the globe.”

“Crush margins are poor, and if the crushers can use soya, they will do.”

Low crude oil values were also putting downward pressure on the biodiesel sector, but with the looming election, volatile currency and unpredictable weather, the market could go either way, he added.