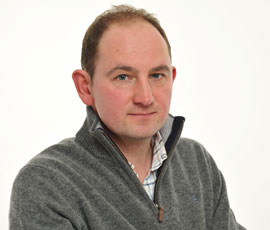 So, the young farmers got the last laugh.

The EU has reached a CAP settlement and ruled that my tax should be used to provide young farmers with a larger subsidy. They have even decided that it should be diverted from older farmers through modulation. How will I cope? It will be like playing table football on a hill.

These CAP negotiations took ages. There are rumours that the only reason that the ministers finally reached a settlement is that all the EU member states could only agree on one issue. They were so annoyed by my column about young farmers that they united in their determination to stitch me up. There hasn’t been such unity between foreign nations since the Second World War.

I have a good enough grasp of international politics to understand how democracy works. I can grudgingly accept the reasons for the policy even if I can’t see any merit in it.

The young farmers of Europe did a good job of lobbying the commission and MEPs. Unfortunately, in my opinion, they weren’t campaigning for the right things. I’m not convinced that the policy will actually help new entrants. It will be considerably less productive than an outgoers’ scheme to help older farmers retire with the dignity that they deserve. Instead, older AHA tenant farmers will get relatively lower support payments now and will continue to be shackled to their holdings with no escape.

The real need here is to remove the tax breaks for land ownership above a reasonable threshold. This is the basic problem. If James Dyson buys enough farmland, he still gets to pass his money to his children tax-free, the NHS and schools fail to get the cash that they should and land values continue to rise beyond the reach of the people who can actually farm it.

The hurdle that most new entrants face in western European countries is a lack of land. A few euro cents per hectare won’t solve this problem. Either we address these underlying factors or young farmers will continue to be better off taking their skills to places with available land such as Eastern Europe, Brazil or Australia.

The young farmers of Europe should be grateful for their concession, I suppose, however small it is. Farming is potentially more profitable now than it has been for a long while and they have a head start that didn’t exist when the current generation were starting out. When the current crop of young farmers are successful, I do hope that they will behave benevolently towards young people in developing nations such as Africa who weren’t born in the featherbed of Western democracy.

There aren’t many laughs in the policy paperwork that emanates from Brussels, but we can have a smile at the definition of a young farmer. In the EU this is classified as someone under 40 years old. You can retire from a full career as a professional sportsman or in the services and re-train as a young farmer. There are pop stars performing on 1980s revival tours who could yet become young farmers. If David Beckham is considering a new career path, he has two years to decide whether he should become a young farmer. It would certainly have tax advantages for him. If he wants to start a price war with James Dyson, please ask them to fight their battle in south Lincolnshire.

As a fitting punchline, you will enjoy noting that I turned 40 this week.

What do you think about this topic? Have your say on the Next Generation area of our forums.

Read more from all our Opinion writers.