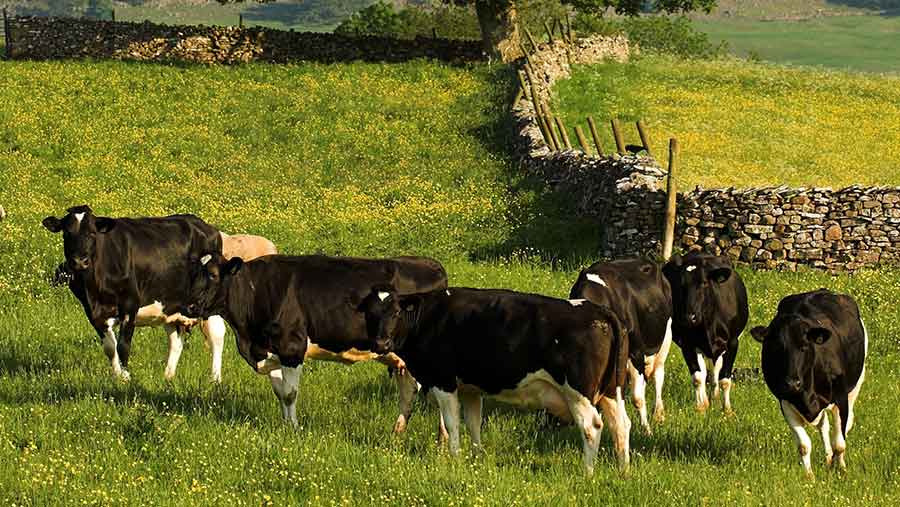 Organic farm finances kept their advantage over conventional counterparts during the early part of the farmgate price crash.

Research from the Organic Research Centre shows some sectors saw English and Welsh organic incomes rise in 2014-15, even as non-organic returns dropped.

Dairy farms revealed the biggest gap. While average farm business income on organic units rose 26% on the year to £80,383, conventional incomes dropped 15% to £52,764.

In that time the organic milk price jumped to 38p/litre – 8p/litre higher than the conventional rate– driven by new export trade to China and the US.

The trend was similar on upland livestock holdings, where organic incomes rose 12% and dropped more than a third on others.

Arable and lowland livestock businesses did not follow the same trend. Incomes in those sectors all fell but organic producers suffered more.

One of the report’s co-authors, Nick Lampkin, said figures for 2015-16 would not be out until the summer, but early indications suggested some parts of the industry were pulling ahead.

“We have continued to see strengthening in some organic sectors, especially in crops and dairy,” Mr Lampkin said. “But, equally, in beef and sheep, declining conventional prices have pulled down organic prices. I would expect a worse situation in beef and sheep.”

The difference between organic and conventional dairy performance shows the divide between the two systems.

But the much higher milk price, along with lower input costs, left organic producers with a net margin of 6p/litre or £376 a cow, compared with 4p/litre or £298 a cow for conventional.

The Organic Research Centre’s report was part-funded by the Welsh government.

It uses data collected through the Farm Business Survey in England and Wales, from which it picked out 214 businesses farming organically.