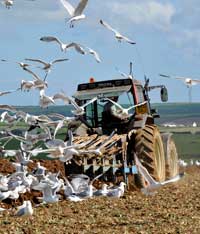 A wide gap is developing between organic production standards and consumers’ expectations, according to a report by Exeter University.

Commissioned by DEFRA and co-authored by the University of Gloucestershire, the report is the first-ever integrated analysis of marketing, consumer behaviour and production of organic produce.

It found that consumers were highly committed to organic food, but that they had far greater expectations than were required of producers under organic certification.

About 85% of consumers surveyed said they thought organic produce was healthier than conventional food, with other reasons for purchasing including food safety, environmental impact, food miles and a desire to support British farmers.

“There may be a danger of an ‘expectations gap’ developing between what is legally required of farmers to receive organic certification for their produce and what consumers expect it could deliver,” said Dr Matt Lobley from Exeter University.

“There are general assumptions that organic produce is also local and fresh as well as being organic.

“Organic produce does not automatically have to cover all three areas. It appears that some people also use organic as shorthand to finding out what is in the packet without reading all of the contents.”