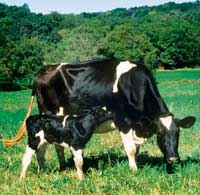 The collapse of Dairy Farmers of Britain arose from a triumph of strategic ambition over financial reality, claims an influential committee of MPs.

A damning report by the Environment, Food and Rural Affairs Committee into the farmer-owned co-op’s demise said milk producers were badly let down by poor decision-making, leadership and communication.

The pace and scale of the co-op’s expansion coupled with a substantial loss of confidence in the business also contributed to its failure, the report says.

Published on Tuesday (22 March), the report looks into what went wrong with the DFoB and what caused its collapse in June last year.

The business’ demise left each of its farmer members tens of thousands of pounds out of pocket and 1813 producers struggling to find somewhere to sell their milk.

A further 1113 people were made redundant from the closure of the dairy’s processing facilities.

According to the report, no single factor caused the co-op’s demise, but many of its problems arose after it bought Associated Cooperative Creameries for an “excessive” price of £81m in 2004.

It says ACC required investment into its “tired” processing facilities to make it successful – something DFoB was unable to fund.

The purchase also increased the size of the co-op massively, putting it on a similar scale to well-established companies such as First Milk, which it was not in the position to properly compete with.

Michael Jack, EFRA committee chairman, said the harsh reality of a “cruelly competitive” milk market exposed the inadequacies of DFoB’s senior management as they tried to put the co-op into the premier league of Britain’s dairy industry.

“By paying too much for tired processing assets and the customer base of ACC, they sowed the seeds of their eventual downfall,” he said.

“Members’ trust in their management was rewarded by personal losses totalling millions of pounds and the fractured dreams of a better milk price.”

DEFRA must now exercise its “duty of care” for agricultural co-ops and update capital funding arrangements to minimise similar business failures in future, he added.

What do you think about the report? Have your say in the forum.