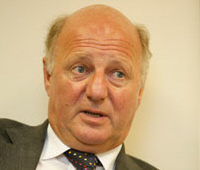 DEFRA farm minister Jim Paice has attempted to end industry uncertainty and confusion by stating unequivocally that his government is not calling for an end to single farm payments in the current round of CAP negotiations.

The minister made his statement at NFU Scotland’s annual meeting after listening to union president Jim McLaren demand clarity over the UK’s position.

Mr McLaren referred to DEFRA secretary Caroline Spelman’s comments at the Oxford Farming Conference in January, where she called for the abolition of direct payments and immediate cuts to the CAP budget. He said that position ran the risk of isolating the UK government from other key member states in Europe before the debate had even begun.

However, in a speech in which he said he wanted to “set the record straight”, Mr Paice said the UK would not abandon the single farm payment in this CAP round.

But he repeatedly emphasised that the government and farmers had to plan for the day when direct payments would cease as the market itself would be sufficient to provide an income.

“We are supporting the continuation of a two pillar system, but we can’t shelter from the inevitable,” he told Scotland’s farmers.

“I have believed for a very long time that the day will come when farming operates without any form of direct or market support. It is where this industry should be, but we cannot do it now.

“But we do have two options: We can accept that the public sector financial support for farming will decrease, as it surely will, and use the time available to concentrate on helping the industry prepare itself; or we can hunker down and argue that we need more support in the knowledge that it won’t happen and that in the run up to 2020 we will say the same thing again and watch payments fall further.”

Mr Paice said the UK government’s “realistic” policy position had support elsewhere in Europe and cited Denmark, The Netherlands, the Czech Republic, Sweden and Germany as like-thinking countries in favour of moving support to Pillar Two to help farmers invest for the future and become increasingly competitive.

He added: “We are working hard to build alliances with other countries and we know the [European] Commission wants to move the payment basis away from historical references, which will help the UK.”

Commenting after Mr Paice’s speech, Scotland’s rural affairs secretary, Richard Lochhead, said some Scottish farmers would welcome what he described as “backtracking” by Caroline Spelman. However, he added that Mr Paice’s suggestion, that Scotland could expect not just a smaller CAP budget, but that more of it would be directed at Pillar Two, should set alarm bells ringing.