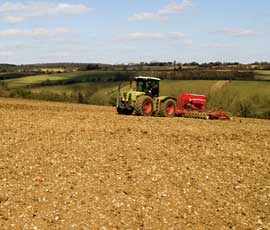 Mixed partnerships which include both individual and a company as a partner are the target of tax avoidance measures proposed in the Budget.

A consultation on partnership profit sharing has been launched and farming businesses need to keep their structure under review in the light of this, say accountants.

“Although these provisions should not affect genuinely commercial arrangements, this will introduce uncertainty, especially as profit and loss sharing arrangements in family partnerships may already reflect adjustments necessary to avoid other tax issues,” said Carlton Collister of tax advisor landtax.

This could include partnerships where a first share of profits were allocated instead of rent to avoid inheritance tax gift with reservation issues – common where property had been handed down a generation, but the older generation remained in the partnership, said Mr Collister.

“There will be many larger farming businesses that could potentially be affected. The problem with this type of widely targeted anti-avoidance legislation is that it is subjective, the consultation saying that it will affect businesses where ‘it is reasonable to assume that the main purpose or one of the main purposes is to secure an income tax advantage’.

“This may provide HMRC with the latitude to attack what they consider to be abusive arrangements, but it will be HMRC’s view and so farming businesses with genuine reasons for their profit sharing arrangements will face a period of uncertainty, which may be ongoing depending upon the clarity of the final legislation and any guidance HMRC issues.”

For many people simply converting the existing partnership to a simple company structure would prevent any challenge from HMRC in future, said Rob Hitch of Dodd & Co Chartered Accountants.

However Mr Dodd is concerned that tenant farmers may be disadvantaged by the proposals. “Many old tenancies require the tenant to occupy the land, Dodd & Co have in many cases introduced corporate partners in these cases rather than fully incorporating to prevent any risk to the tenancy.”

“Will the post-consultation rules prevent farm tenants from using companies to minimise their tax bill? The same might be said of Scottish limited partnerships, although with only small profits being passed to the limited partner this shouldn’t be a problem.”

The consultation can be found at https://www.gov.uk/government/consultations/a-review-of-two-aspects-of-the-tax-rules-on-partnerships. Closing date for comments is 9 August, with guidance about the application of the legislation in the Autumn and legislation taking effect from 6 April 2014.