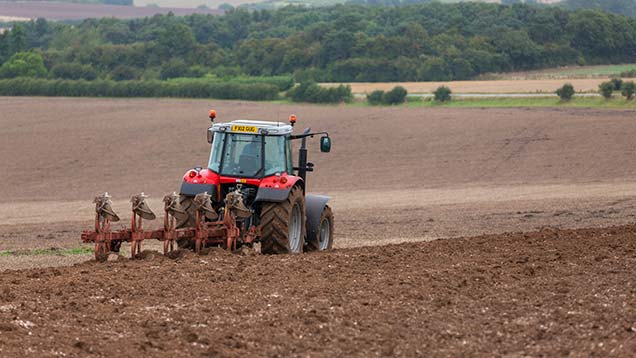 Growers and livestock producers are being urged to brace themselves for delays in farm support as frustration mounts over the registration process for the new Basic Payment Scheme (BPS).

Lack of information and the government’s insistence that all applications must be made online rather than on paper have triggered warnings that farmers face the prospect of waiting longer than usual for direct payments when the new system replaces the Single Payment Scheme (SPS) in 2015.

So high is the level of concern that former Defra secretary Caroline Spelman called for a sympathetic approach towards farmers from bankers attending a Westminster Food and Nutrition Forum debate in London on Thursday (11 December).

“Implementation of these changes has the capacity to cause some delays in payment,” warned Ms Spelman. “Whether they will or not is yet to be seen, but we are going to need an understanding banking industry as that transition is made.”

NFU president Meurig Raymond said it was key that policies were turned into workable rules as soon as possible. That included detailed information for farmers who will be expected to grow at least three crops and establish ecological focus areas on their land.

Mr Raymond said: “The information is being delivered and that has to be welcomed. But we have not completed that exercise and there are still concerns that need finalising – including on hedges and other landscape features and how they are to be mapped under the new greening requirements.”

“It is fair to say there is anxiety and concern out there among our farmers about this CAP.”
Meurig Raymond

More than 4,500 farmers had attended a series of NFU roadshows held across the country to explain the new system, said Mr Raymond. It was clear that some producers still did not understand how they would be affected by the new policies or how they would be able to register.

The length of time it is taking the Rural Payments Agency to roll out a workable registration process continues to be criticised by scheme applicants. Many of those among the first to register have described the process as overly complex.

Raising the prospect that farmers could once again suffer the lengthy delays seen when Margaret Beckett oversaw the implementation of CAP reform last time around, Mr Raymond said the transition from one CAP to another had never been easy.

“I have lots and lots of memories of seven years ago when farmers were kept waiting for their money. The application process that time took a lot longer than people expected.” Mr Raymond added: “It is fair to say there is anxiety and concern out there among our farmers about this CAP.”

The ongoing lack of information was holding back farm businesses, warned agricultural solicitor Nerys Llewellyn Jones. “The difficulty is that it creates uncertainty for an industry that already has a lot of other things to contend with – such as price volatility and weather.”

Better communication was needed between civil servants introducing new policies and farmers implementing those policies on their farms, said Dr Jones. This included a “smooth transition” from the Single Payment Scheme to the Basic Payment Scheme.

The way CAP reform was implemented had implications for farm business agreements across England and Wales – including business structure and succession planning, said Dr Jones, from Agri Advisor Solicitors, Carmarthenshire.

“The nitty gritty is important,” she said. “We have to make sure that farmers understand how the BPS will work for them in practice. I need to be able to update them and give them timely guidance as to what they are supposed to be doing.”

Country Land and Business Association agricultural adviser Ed Barker called on the farming industry to collect details of the economic effect of CAP reform – including “flawed” policies such as the three-crop rule – so it could use that evidence in future negotiations.

Mr Barker said: “There is still a lot of information to take on board – there are still many challenges out there. Many members – a lot of farmers – are still a long way behind because the evolution of the policy is happening so quickly.”