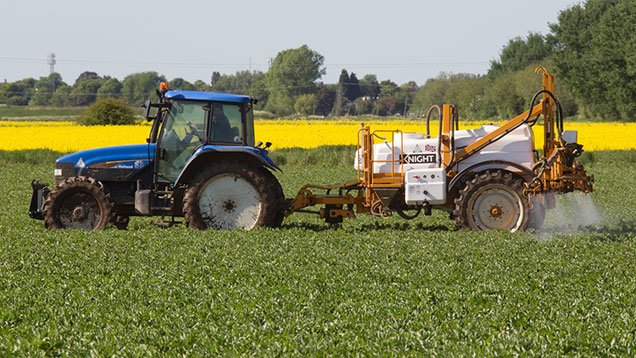 Reforms to the CAP – and the Basic Payment Scheme (BPS) in particular – have caused a headache for many farmers.

But with further changes possible over the next five years, it’s likely they will have to be better informed than ever before.

BPS decisions made by Defra over the next 10 months are vital. Farmers are thought to have spent an extra eight to 10 hours on this year’s paperwork.

Switching to a purely online system will inevitably take just as long.

Meanwhile, every farmer will need to fully understand the number of ecological focus areas (EFA) they hold – all of which must be declared by 2018.

The time taken to map and measure just the currently required 5% per arable farm has been considerable. The resources needed to identify them all will be huge.

Depending on the EU, the amount of land allocated as an EFA could increase from 5% to 7% of total arable area by 2018. As well as the extra administration costs, it will take more land out of production.

In addition – because of opposition from environmental campaigners and some MEPs – it is conceivable that the weighting for nitrogen-fixing crops could be reduced.

Equally, the benefit of catch and cover crops to soil structure and biodiversity – if Defra can lobby for a higher value – could make them increasingly popular. Farmers need to be aware and react accordingly.

Fallow, for example, is used for less productive fields, land that’s susceptible to blackgrass, or where there’s been establishment problems.

The Campaign for the Farmed Environment (CFE) can help on how to maximise environmental benefit from fallow.

In addition, an expected 30% rise in the number of nitrogen-fixing crops grown by farmers – coupled with an increase in demand – is likely to make the pulse market one to watch.

Whatever the short-term value of pulses or fallow, farmers should not forget the long-term benefit in helping with soil quality, weed control and improved biodiversity.

The new CSS starts in 2016, providing extra funding. Its “mid” tier agreements are competitive, so not everyone will be successful.

“Higher” tier agreements are expected to be offered by invitation to farms in designated areas or that have existing HLS agreements.

Farmers can apply from July and should start thinking about how to take advantage.

Uncertainty in the eurozone is likely to result in an equally volatile euro. With farmers having the choice of being paid in pounds or euros, fixing a rate in advance could be a good way to maximise payments.

Further down the line the prospect of a referendum on EU membership may also cause uncertainly – although payments are unlikely to alter until the current BPS ends in 2020.

And finally – rules such as the Young Farmers Scheme and the “active farmer” test will apply for every year until 2020.