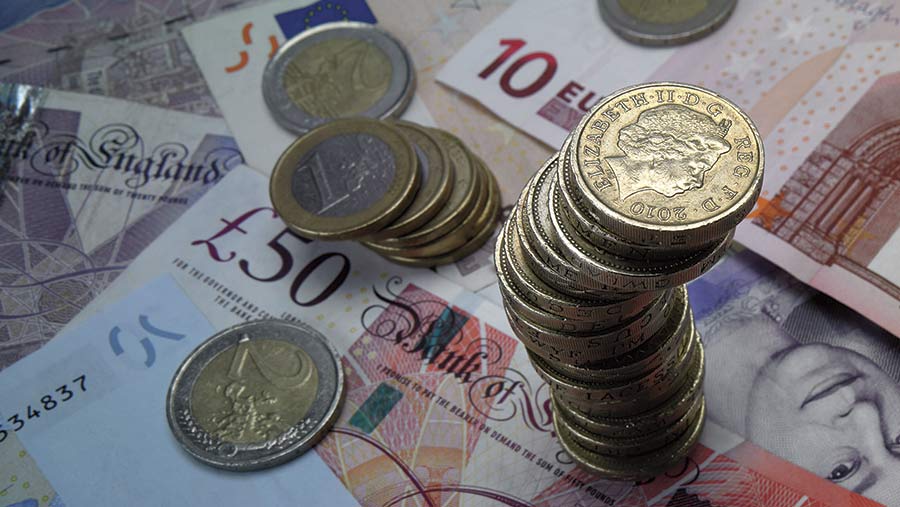 The exchange rate to convert BPS payments from euro to sterling looks set to be very similar to that used for the 2017 scheme year.

The rate is based on the average of euro/sterling exchange rates during the month of September.

At the half-way point through the month, the exchange rate is tracking at almost exactly the same rate as was used for the 2017 scheme year payments.

However, currencies are volatile, with a background of the growing US-China trade war and the UK’s domestic political machinations over Brexit.

Some currency traders are upgrading the chances of a settled Brexit deal in March next year, so a further rise in the pound could push the UK’s 2018 BPS rates slightly lower than last year.

There is always a small difference in the number of entitlements claimed upon each year. This will also affect the final value of each entitlement payment.