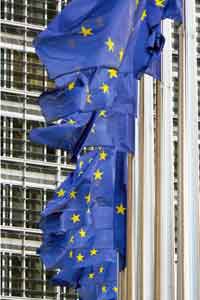 European rules which force countries to publish CAP payment details could be abolished after the European Court of Justice questioned whether they were legal.

Introduced in 2008, the data includes full disclosure of Pillar 1 and Pillar 2 payments by individual holdings, including publication of names, addresses and postcodes.

Ms Sharpston’s comments came as she delivered an initial verdict on updated EU transparency rules, which were challenged by farmers in Germany who said publishing the details breached their privacy.

Ms Sharpston said the rules were disproportionate and that there were discrepancies in the reasons the European Commission and the European Council had given for needing the legislation.

There needed to be balance between respecting farmers’ personal data and managing CAP finances in a transparent way, she said.

It had also been assumed that farmers had consented to the publication of data when they applied for subsidies, but Ms Sharpston questioned whether the act of consent was explicit enough.

“The application form does not make it unambiguously clear that an applicant is consenting to publication of his name, municipality of residence and the amounts awarded,” she added.

Farmer dependence on subsidies meant most would have signed away their data protection rights under “significant economic duress”, making the consent non-voluntary, she added.

If the ECJ backs her findings in a formal ruling in the autumn, the European Commission may be forced to rethink the rules.

Welcoming the comments, NFU Cymru said publishing the information had left farmers open to becoming victims of fraud and the targets of illegal activity.

It also created the misconception among the public that SFP equated to farm profit.

“While I can understand that governments are keen to create a transparency in public spending, the disclosure of such detailed information is not in the public interest, but is merely of interest to the public,” said Ed Baily, NFU Cymru president.

“These are two entirely different things and could potentially compromise individuals.”

Mr Baily said he hoped the court’s final judgement would revoke the legislation and replace it with the publication of aggregated data that would enable the public to see where support is being spent.