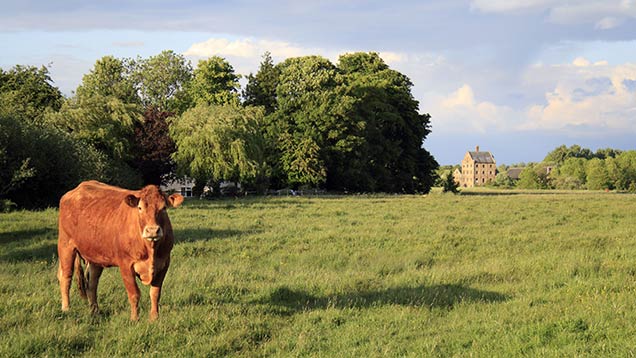 Farmers with common land will find it difficult to complete their 2016 Basic Payment Scheme (BPS) application because they could lack some of the information they need, an adviser has warned.

Hugh Townsend of  Townsend Chartered Surveyors in Exeter said applying for BPS was “bedlam” for many commons farmers in 2015, but this year they were facing “a double-whammy of uncertainty”.

Changes in the rules for claiming on common land (see right) were introduced last year, which prompted many farmers to buy and sell entitlements ahead of their 2015 claims being submitted.

Processing these claims has proved hard for the RPA, which has admitted commoners are likely to be one of the last groups to be paid their BPS. Until then, claimants will not be sent a claim or entitlement statement.

Changes to the rules on claiming commons

Under the Single Payment Scheme (SPS), the eligible area of a common was divided between everyone with registered rights on it, regardless of whether or not they were farmers or claiming SPS.

However, with some commons rights holders not making claims, this left a number of “naked hectares” of unclaimed land and led to some commons graziers complaining it reduced their payments.

It was then decided that under the BPS, the eligible area of a common would be divided up among only farmers who used the common.

“Without a claim statement they don’t know how many entitlements they already have for 2016,” said Mr Townsend.

Farmers wanting to maximise the value of their 2016 claim would need to know the total eligible area of the common, the number of commoner’s rights used by commoners on that area for that particular year and the number of entitlements required to claim on the eligible area allocated to each commoner, he said.

“Without knowing the total eligible area of the common and/or the numbers of commoners rights declared on it, it will be almost impossible to calculate the number of entitlements required to maximise a BPS claim.

“The number of rights used by commoners is likely to be an area of uncertainty.  In 2015, this figure was based on 2014 declarations, although this would appear to be contrary to BPS payment rules where claims should not be based on the activities of the previous year.  We await the 2016 claim guidance from the RPA.”

Mr Townsend added that while the RPA produced maps of common land in 2015, their status was not clear.

Commoners needed more guidance on whether the areas on the maps were official RPA eligible areas or whether they needed to carry out more survey work to identify ineligible areas.

While the rule changes had caused many problems, it also brought opportunities for individuals with a right to common land, to claim on substantial areas of land which have not been claimed on in the past, said Mr Townsend.

“Many commons are in non-SDA areas and therefore will attract £178/ha [based on the 2015 payment]. Some farmers have already made use of this opportunity last year and we have seen clients increasing their claims from less than 50ha to 1,000ha.”

To do this, claimants did require the funding to purchase entitlements, which this year were costing in the region of £200/ha.

“However, we are seeing more and more smallholders who own these common rights starting to recognise these opportunities. In some cases, we are seeing commons starting to be cleared again for grazing or having pigs introduced or stocked again after stewardship schemes have come to an end.”