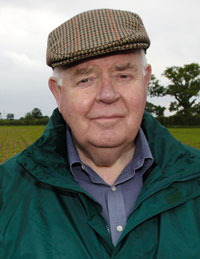 I went to a meeting the other evening to hear what a well known consultant had to say about the future of the CAP. Would farm aid, as some have speculated, simply stop after 2013? Or would some variation on what we have now be adopted, albeit at a substantially lower level?

He started by reminding us that UK farming had hardly been without some form of subsidisation since the 1880’s. And he went on to illustrate the extent to which we still rely on assistance to maintain our incomes.

Quoting DEFRA statistics he pointed out that in the trading year 2007/8 single farm payments represented around half of the gross income of UK farms – which by common consent was “a good year”.

In other words, last year, the best for a long while, even well developed diversifications would not have saved most farmers from making thumping great losses without the SFP. The years immediately prior to 2007/8 would have been significantly worse. And budgets for the current year and 2010/11 look like taking us back to those bad old days.

Moreover, if it were not for the weak pound compared with other currencies, especially the Euro, UK farmers would be in deeper trouble than they are now. The value of grain, for instance, would be £15 to £20/t lower than its present loss-making level.

In other words “the market” by which many economists and governments set so much store, doesn’t deliver enough, even in a good year, to provide sufficient income on which a farming family can live and invest for the future. Government or EU aid is vital to the survival of the industry.

The consultant concluded that over the next few years some sort of reduced replacement for the SFP would be negotiated. But he then went on to accuse farmers of failing to respond to changing circumstances. The industry continues to cling to outdated practices he said and should have been ready to live without subsidies by now.

Some of us rose to his challenge and asked how he could say that after the figures he had just presented had apparently proved the opposite. To which he replied that, as an industry, we had not cut production costs by anything like as much as we could have done; that we should have co-operated with one another much more to save capital expenditure; and that opportunities to buy and sell better were being missed because of traditional attitudes.

But what could we have done about last year’s rises in the costs of energy and fertiliser, we asked, and also about this year’s collapse of grain prices? You could have bought earlier and sold sooner, he said. There were opportunities to do both.

It sounded a bit like 20/20 hindsight and created a tense moment or two in the room. We would have had to have made every decision on the right hour of the right day to have achieved such perfection and we didn’t think the consultant would have managed to be much more fortunate than we had been. But if his objective was to provoke us to be more alert in the future he probably succeeded.

To read more from David Richardson see his blog.