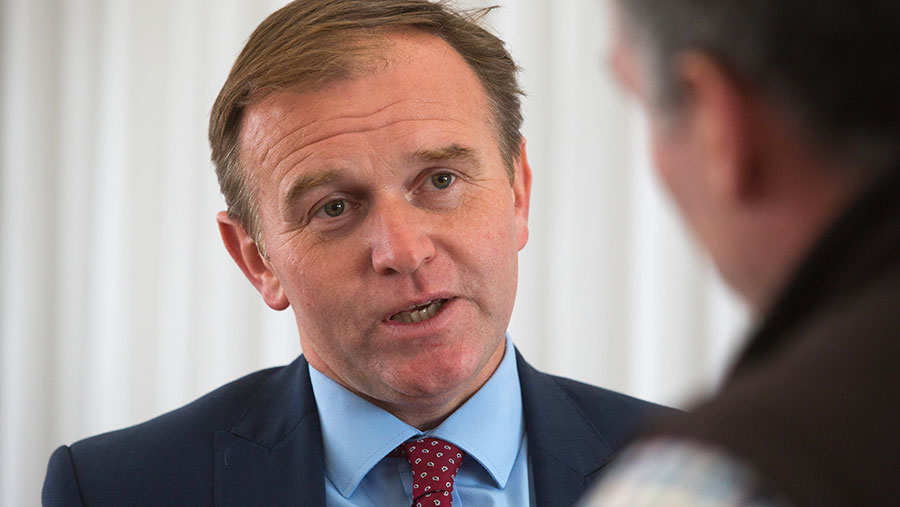 Farmers in England who have not received their 2017 BPS money by the end of March will be offered bridging payments, Defra has announced.

In a statement released on Friday (26 January), farm minister George Eustice said payments worth 75% of claims would be offered in April to those farmers affected.

The Rural Payments Agency (RPA) said 79,000 farmers – equivalent to 93% of claimants – have now received their 2017 BPS money. However, this is worth £1.5bn – or about three-quarters of the total BPS pot for England.

The NFU and Country, Land and Business Association (CLA) have repeatedly called for the RPA to pay bridging payments to farmers in England who face delayed payments this winter.

Up until now, however, the agency has resisted, saying it was concentrating on paying as many claimants as soon as possible.

The NFU said today’s announcement would do little to ease the frustration of thousands of cash-starved farmers who will remain without their BPS until April.

The RPA said payments made so far have included a range of claim types and sizes, including cross-border, young farmer and common land claims. But clearly, as in previous years, complicated cases are taking the agency longer to complete.

He said: “We have made good progress towards getting payments to farmers this year, with over 93% now paid, and we are working hard on the final 7%.

“The burden of EU rules continues to be a barrier to some of the remaining processing, so we will ensure that, as we did last year, any farmer not paid by the end of March will receive a bridging payment in April.”

He added: “As the environment secretary has made clear, when we leave the EU we will match the £3bn that farmers currently receive in support from the CAP until 2022, and we intend to go on supporting farmers for years to come where the environmental benefits of that spending are clear.”

NFU vice-president Guy Smith said: “Our membership surveys show we’ve got thousands of farmers out there still waiting for their BPS. I hear from many of them regularly. Many are having to take loans to cover cashflow requirements.

“The news today that there will be no bridging payments until April will do little to ease the frustration and will do nothing for bank accounts. When you consider Scottish farmers got bridging payments in December, it makes little sense to me for the minister to blame lack of payments on EU rules.”

CLA director of external affairs Shane Brennan said: “Bridging payments are not preferable to getting a full payment in a timely manner, but they are essential for farm businesses who are still waiting for 2017 BPS and make a major difference to cash flow.

“That is why we have been calling on government to take this step in recent weeks. We are grateful that the Minister has listened and particularly that this will be a feature of the system not just this year, but for the next two years.

“We will continue to keep a close eye on the situation to ensure the RPA is able to reach the target set out by the Minister of 75% by April.”

The Scottish government has already injected £311m into the rural economy through its 2017 BPS loan scheme, which accounts for 75% of the expected BPS and greening pot in Scotland.

However, NFU Scotland said it was concerned that about 4,500 farmers had so far not taken up the offer of a loan, which is equivalent to 90% of full claims. The deadline for loan applications is 9 February.