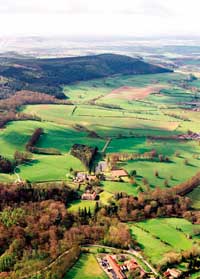 The rural economy must not to be forgotten during talks to form a new government if farming is to meet its potential, the Country Land and Business Association has warned.

The CLA said regardless of which parties come to power following further talks on Monday (10 May), the rural economy needed to be given full support.

William Worsley, CLA president, said farmers and land managers needed policies which helped them continue to provide what society wanted and expected from the countryside.

This meant having a government that would fight for a Common Agricultural Policy that promoted food production and managing the environment, addressed planning problems and worked to secure rural broadband access.

He added: “We need the right framework to enable land managers to deliver the public goods that are core to the future of life in Britain: Putting food on our tables, safeguarding our environment and tackling global warming.”

Jim McLaren, NFUS president, said the union had enjoyed a close relationship with the three hung parliaments that had existed since Scottish devolution in 1999.

He said the union had used that relationship to win a better working environment for Scottish farmers.

“The prospect of a hung Parliament holds little fear for Scottish agriculture,” he added.

“Whatever arrangements emerge from the negotiations over who will run Britain, the priorities for Scotland remain the same.

“We need a strong defence of the CAP and its budget, devolution of the Animal Health budget to sit in Scotland beside the policy, delivery of the supermarket ombudsman to oversee the running of the strengthened Grocery Supply Chain Code.

“[We also need] policies on climate change which are backed by sound science and true partnership in any discussions surrounding cost sharing which recognise that costs must first be slashed before any of them are passed on to industry.”