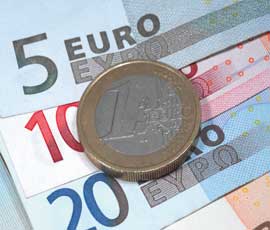 A family farmer whose financial details were included on a public database of agricultural subsidies decided to set the record straight by leaving his own comments on the campaign’s website.

The farmsubsidy.org site details the billions of euros paid by Brussels to farmers across the UK and Europe. Campaigners use the database to highlight the amount in subsidies received by non-farming corporations and the aristocracy.

But when Derbyshire milk producer Graham Burgess found his family’s subsidy details listed, he decided to post his own 470-word response on the website.

“Sadly we are not a multinational company but a small family farm,” wrote Mr Burgess, who runs 60 cows and a static caravan park with his parents on 53ha (130 acres) at Shaw Farm, New Mills, in the Peak District.

The farm subsidy website says the farm has received €55,009 in subsidies since 1999. Mr Burgess said over the last 10 years the family had made an average annual profit of £5000-10,000 – including the single payment and environmental stewardship payments.

“This profit is what myself and my parents are supposed to be able to live off for an entire year. This ridiculous situation is entirely due to a complete failure of the market to pay a living wage to farmers.”

The lack of income had prompted the family to set up a small static caravan park, said Mr Burgess. Over the years, the park had gradually expanded and now included six caravans.

“The caravan park has been hugely successful due to our great location in the Peak District. The majority of our income now comes from the caravans, even though we spend 80% of our time running the farm. What a joke.”

A raft of regulations meant the family had since decided to sell the dairy herd and instead run a few token sucker cows. “This will hopefully dramatically reduce our workload so I can go and get a job off the farm and actually earn a wage.”

Mr Burgess said he didn’t want to be paid subsidies. The family would far rather receive a decent price for their produce. But until that happened, subsidies represented outstanding value to taxpayers.

Farmsubsidy.org said it did not have any view of how farm subsidies should operate, other than in a transparent and open way. The release of data aimed to contribute to a constructive debate about food and farming policy, it said.