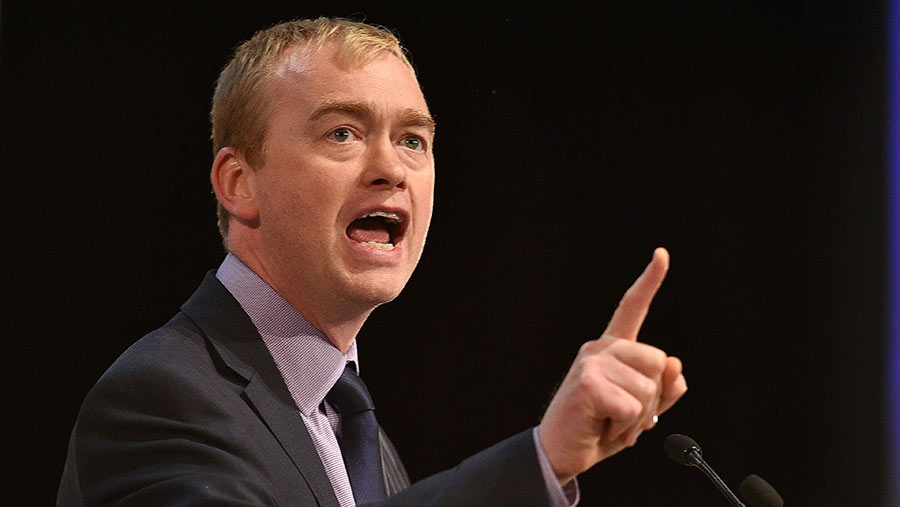 Liberal Democrat leader Tim Farron has called on the Rural Payments Agency (RPA) to make outstanding BPS payments to struggling farmers “as a matter of urgency”.

Mr Farron, MP for Westmorland and Lonsdale, said significant numbers of farmers in his constituency were still waiting to receive overdue funds.

Like so many farmers across the country, South Lakeland farmers were expecting to receive their BPS payments in December.

See also: ‘Incompetent’ RPA should be ashamed of email blunder

But delays in receiving payments have caused serious cashflow problems, especially among those farmers whose businesses have been ravaged by the winter floods.

The RPA had previously said it hoped to complete the “vast majority” of payments “by the end of January”.

But figures published by the Defra agency last week showed it fell short of its own target, leaving almost 20,000 farmers in England waiting for their money.

This is equivalent to about 23% of the 88,000 farmers and landowners eligible to receive overdue funds who still have not been paid.

Mr Farron has written to the RPA to demand action.

“Many local farmers have had an incredibly difficult time over the past few months due to the floods, and the last thing they need is for this money to be delayed,” he said.

“Farmers had expected this money to be coming in, and if the money is not there, it makes it extremely difficult for them to be able to plan ahead.

“I have contacted the Rural Payments Agency to explain the situation and have called on them to make these payments as a matter of urgency.”

The NFU believes part payments should be made to the legions of farmers who are still waiting for their BPS funds.

But the RPA has ruled out the idea amid fears it could lead to a repeat of the disastrous introduction of the Single Payment Scheme (SPS), the predecessor of BPS, in 2005.

The RPA’s decision to issue partial payments in 2005 contributed to the disastrous launch of the SPS scheme, which resulted in £640m in EU fines.

This time round, the RPA has said it has learned from past mistakes and will not consider part payments.

#BPS2015 claims of all sizes are being paid to businesses covering all sectors of farming industry across England. pic.twitter.com/JFNhTMWBQl

He said “Our call to Defra and the RPA is not only to get the outstanding £300m BPS payments out sooner rather than later to cash-strapped farmers, many of whom don’t know whether they need to go to see the bank manager or not, but they also need to drastically improve their communications, which is adding to anxiety levels rather than decreasing it.

“Despite all this, we only but hope the RPA plan to get 95% paid by mid-March remains on track. But as ever, we will only believe it when we see it.”