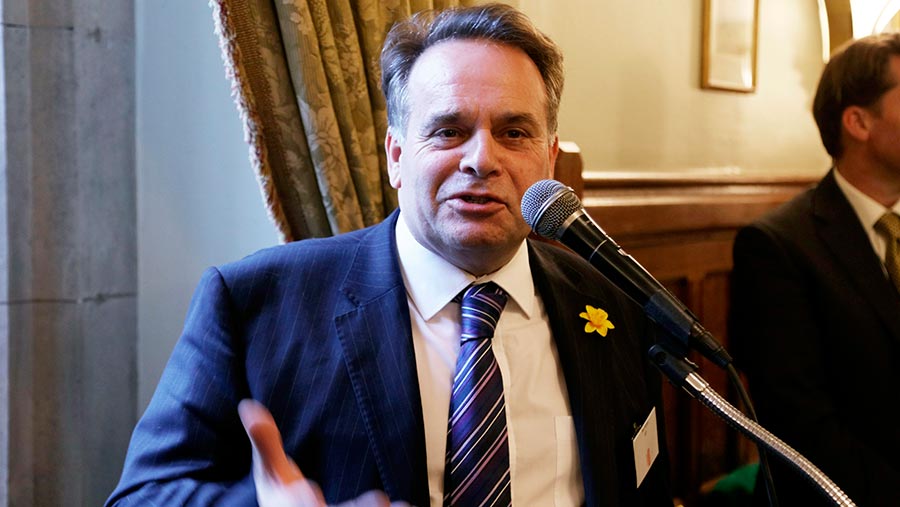 Government plans for a major overhaul of agricultural policy are “woefully lacking” in anything to do with proper food production, an influential MP has warned.

Tory MP Neil Parish – who chairs the House of Commons environment, food and rural affairs select committee – made the comment to industry leaders as they raised concerns that government plans risk leaving farmers unable to plan for the future.

The committee is scrutinising a government consultation paper to phase out direct payments in favour of a new system based on payments for environmental services – and what Defra secretary Michael Goes describes as other “public goods”.

Mr Parish said: “I think this paper is woefully lacking on anything to do with proper food production – large-scale, small-scale, all sorts of production – so our supermarket shelves and other
big retailers and all across the piste have plenty of affordable food.”

Representatives from the NFU, Tenant Farmers Association and Country Land and Business Association aired their concerns to Mr Parish and other MPs on the select committee during an evidence session on Wednesday (14 March).

NFU deputy president Guy Smith said food produced to certain standards of animal welfare, environmental responsibility and traceability should be considered a public good. “Any sensible government should look to secure an element of that.”

He said: “The Basic Payment Scheme may be a blunt instrument, but it is keeping a lot of people in business who are doing the right thing by the environment, by animal welfare and delivering safe, nutritious food to consumers. Remove that, and we have a market failure we need to look at.

CLA president Tim Breitmeyer said landowners were broadly supportive of the “direction of travel” outlined by the plans, as long as it encompassed all aspects of land management – including food production as well as the environment.

But he added: “We are extremely disappointed that while there are grandiose statements and vision, there is no element of any certainty – of how we are going to support a profitable food production sector. Farmers in the black are those who produce the best environment as well.”

Mr Gove intends that farm payments in 2019 will follow the current model, and has promised the same total amount of money in farm support until 2022. But the way support is paid is likely to be reallocated before then in favour of the environment.

Some £150m could be “freed up” for the environment in the first year alone. Public goods include access to farmland and the countryside, enhanced welfare standards for livestock and measures to support the resilience of rural and upland communities.

Mr Gove has described his proposals as a “health and harmony” plan that is the start of a conversation, not a conclusion. A 10-week consultation on his plans is due to close on 8 May.

Producers urged to ‘have say’ on proposals

Farmers are being urged to have their say on the government’s plans by attending NFU roadshow meetings over the coming weeks.

More than 30 meetings will be held across the country as the union prepares its formal response to the Defra consultation.

NFU members who would like to attend their local meeting should contact their NFU regional office for details.