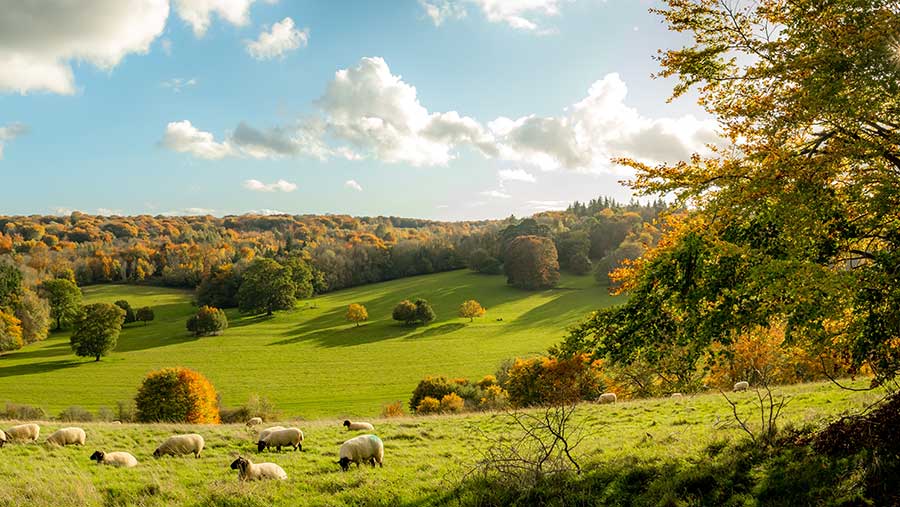 The long-awaited Lump Sum Exit Scheme for English farmers looking to leave the industry will open for applications in April, Defra secretary George Eustice has confirmed.

The scheme will enable participants to receive some of their future Basic Payment Scheme (BPS) money up front, in return for surrendering their BPS entitlements, and either renting out or selling most of their land, or giving up their tenancies.

In a slight variation to the proposals laid out in a consultation run last year, the lump sum will be based on the average BPS received by the farmer from 2019-21. (It had been suggested payments would be based on 2018-20 BPS.)

This reference figure will be multiplied by 2.35 to calculate the actual lump sum, though a total payment ceiling of about £100,000 will be applied.

The scheme will be open for applications from April to the end of September, and once farmers have received the lump sum, they will not be able to claim any further BPS in England.

To help create more opportunities for new entrants or those farmers wishing to expand, lump-sum claimants will have to transfer out their agricultural land in England.

They will, however, be allowed to keep up to 5ha, plus any agricultural land they plant with trees under certain woodland creation schemes.

They may also keep their farmhouse, commercial buildings and non-agricultural land.

Commenting on the new scheme, Mr Eustice said: “Those of us who grew up with farming know the emotional connection farmers have with their land and the decision to retire or to exit the industry can be extremely difficult and is frequently postponed.

“The purpose of the Lump Sum Exit Scheme is to assist farmers who want to exit the industry to do so in a planned way and provide them with the means to make a meaningful choice about their future.”

It is understood that Defra plans to legislate to ensure the lump-sum payments are treated by HMRC as “capital” rather than “income”, which should ensure they have more favourable tax treatment.

It is also working with industry leaders, local councils and landowners to design a new entrants scheme. A series of pilot schemes will be launched later this year.

As well as releasing details of the Lump Sum Exit Scheme, Defra has also confirmed that all BPS payments will be “delinked” from farmland from 2024 – meaning recipients won’t have to farm to receive the payments until they have been finally phased out by the end of 2027.

A farmer may get delinked payments even if they choose to stop farming altogether, Defra explained, though those who continue farming will still have to comply with environmental, plant health and animal welfare standards.

“Replacing the BPS with delinked payments in 2024 will deliver significant further simplification for both farmers and the Rural Payments Agency,” said a Defra statement.

“This will free up farmers to focus on running their business and delivering the public goods that can be rewarded under the new Environmental Land Management schemes – the Sustainable Farming Incentive, Local Nature Recovery and Landscape Recovery.”

Farmers and land managers are being encouraged to apply for the next round of Countryside Stewardship (CS), which starts on 1 January 2023 and opened for applications on Tuesday (8 February).

“Farmers in CS will be best placed to enter the new Local Nature Recovery scheme – one of the three new Environmental Land Management schemes – which will be fully introduced by 2024.”

Reaction – will it be enough?

The Tenant Farmers Association (TFA) believes payments under the Lump Sum Exit Scheme will not be sufficient on their own to help farmers retire.

“However, as part of a portfolio of available resources, it should help some, particularly if it is possible to add to the scheme money a payment for the surrender of a tenancy, the sale of live and dead stock, and other pension provisions,” said TFA chief executive George Dunn.

“The scheme could be especially attractive to older owner-occupiers with relatively small holdings and without available successors.”

Mr Dunn regretted that retiring farmers would be have to lease out their land for a period of at least five years, whereas the TFA had asked Defra to make this a minimum of 10 years.

“With 90% of all new tenancies already let for only five years or less, now would be a good chance to create more sustainable tenancy opportunities,” he said.