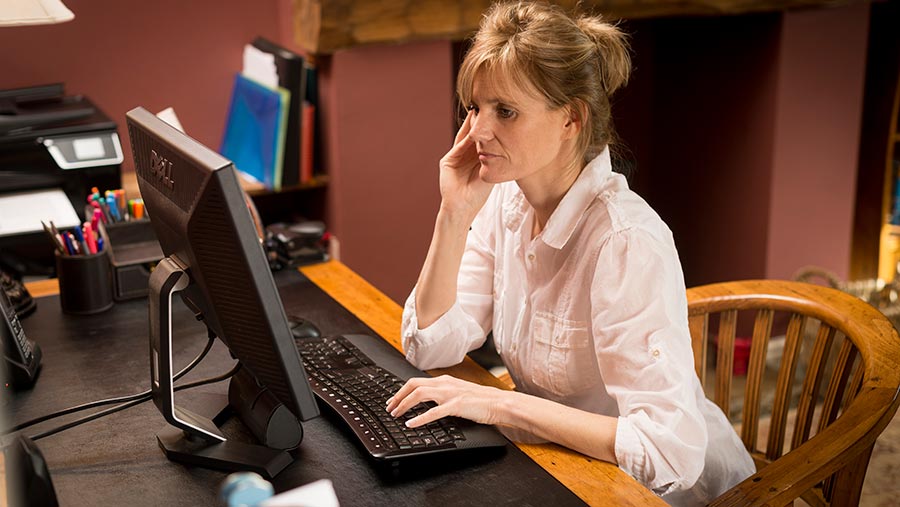 Farmers in England have been told the online system to make 2016 Basic Payment Scheme (BPS) claims will be available within days and promised changes have been made to avoid a repeat of last year’s application problems.

In 2015, the Rural Payments Agency (RPA) was forced to abort its bid to introduce a digital-only BPS claims system in response to serious failings in the system.

Farmers were forced to resort to paper forms after the computer system became unusable. However, the RPA has been clear that despite the setback it hopes that the bulk of applicants will apply online in 2016 and has offered reassurances that the experience should be much better.

The agency has announced farmers will be able to start their claims online from the first week of March.

It is encouraging farmers and agents who are planning to apply online to start their applications as early as possible, with a view to submitting completed applications from around mid-March.

Mark Grimshaw, chief executive of the RPA, said: “I want to encourage applicants to claim BPS online in 2016. We have learned from 2015 and have made changes to the rural payments service for 2016.

“Lots of farmers and agents have told us they are keen to apply online again but we also understand that some farmers may need a paper option and this will be available for those who need it.”

Speaking at the NFU conference, Defra secretary Liz Truss told farmers that now all the data had been entered into the system, the 2016 application round would be much simpler, particularly for people who did not need to make any changes.

Applicants will be able to view their maps online for the first time on the new system and the service has built-in elements that should help farmers to check an application.

There are four stages to completing applications. From the first week of March until around the middle of the month, applicants will be able to check the information the RPA holds already and begin to make changes, including transferring land and entitlements.

From around mid-March onwards, applicants will be able to submit their declarations and confirm the information in their application before making a final submission.

The application deadline will be midnight on 16 May 2016.