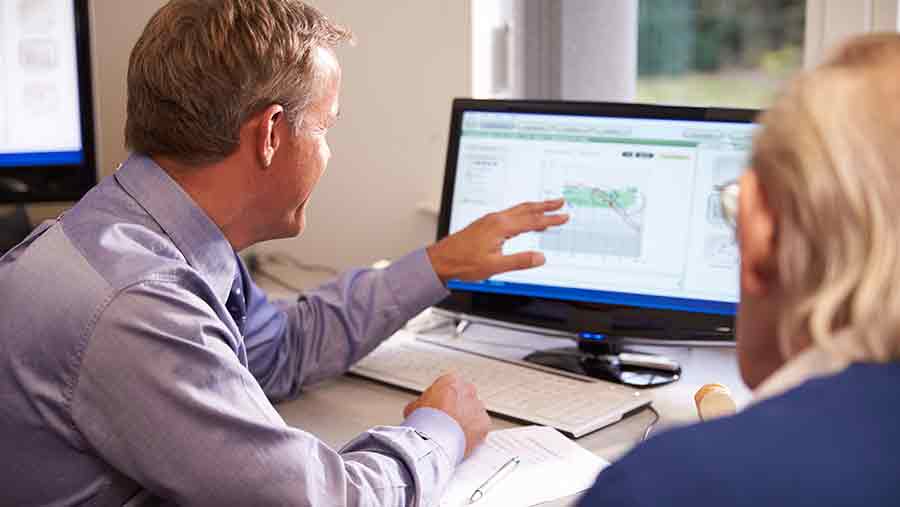 The Rural Payments Agency (RPA) is working on practical guidance for farmers struggling to complete a 2016 Basic Payment Scheme (BPS) application because of errors on their form.

The agency said a document would available online shortly, which would talk through how farmers could complete an application if changes needed to be made to entitlements, maps or field data.

It follows complaints from farmers and agents that they have found a range of mistakes when checking the information held online.

The part of the RPA’s online service which allows claimants to make a full application went live on Monday (21 March).

A spokeswoman for the RPA said the agency was listening to feedback from customers and putting a guidance document together than would help them through the application process.

The basic payment scheme guidance should be available online at the end of the week.

“We are aware that some farmers and agents are concerned about some of the information they are seeing on the Rural Payments service,” she said.

“Where individual farmers and agents are alerting us, we are logging concerns and looking at them.

“Anyone who is concerned about the information they can see online, should contact the Rural Payments helpline on 03000 200 301.”

Farmers can also use the helpline to book an appointment at their local RPA support centre where they can get further assistance.

George Dunn, chief executive of the Tenant Farmers Association, said the system for 2016 claims was not perfect, but the RPA had done well to get to this point given the difficulties it faced last year.

Mr Dunn argued problems with the delivery of the BPS should be laid at the door of Defra and the Government Digital Service, rather than the RPA which had been left to pick up the pieces.

“Of course we have members who are severely disadvantaged at the moment [as they have not yet been paid] and we are not letting the RPA off the hook on that.

“Given where we were, the RPA has done a good job of pulling us out of the carnage it could have been”
George Dunn, Tenant Farmers Association

“But I think they deserve a pat on the back. Given where we were, the RPA has done a good job of pulling us out of the carnage it could have been.”

The RPA has stressed it is possible to prepare and submit a 2016 BPS application without a 2015 BPS claim statement. These are being sent out in weekly batches.

George Paton of chartered surveyors Webb Paton urged those farmers who had been sent a claim statement to check it over carefully.

He had seen several where farmers had been penalised for making an overdeclaration, but he could see no reason why the RPA could come to that conclusion.

The RPA has said payments could be less than last year because of the exchange rate, a new calculation method and greening or inspection penalties.