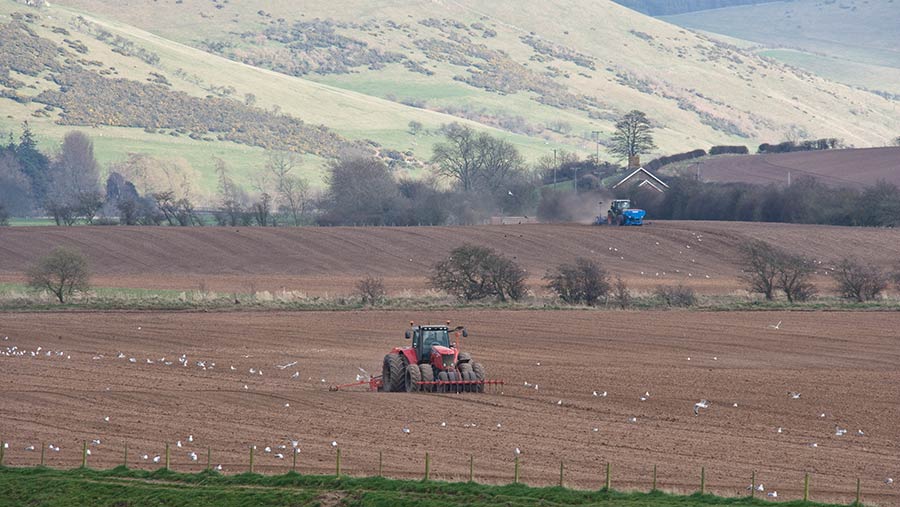 Payments would not usually be made until December, but under the National Basic Payment Support Scheme Scottish farmers have received 90% of their money two months early to help mitigate the impact of adverse weather this year.

See also: Future of subsidies: Improved efficiency will be essential

“Payments continue to be made on a weekly basis, so I would encourage anyone who has yet to accept a loan offer to consider it carefully and respond as quickly as possible,” Mr Ewing added.

NFU Scotland has welcomed the 2018 BPS loan scheme, which was announced following the #NFUSHowDoYouPlan campaign.

“The vast majority of eligible recipients had received their loan payment by mid-October and this has gone a long way in allowing Scotland’s farmers and crofters to plan ahead for the winter months,” Ms Brunton said.

“The last 18 months have caused significant difficulties to many and the promptness of these payments has been a welcome relief.”

The Welsh government also introduced a BPS loan scheme to support farm businesses following the exceptionally hot and dry summer and to alleviate the short-term pressures on claimants unable to receive their money early in the payment window.

The BPS loan application is available for farmers whose claim will not be fully processed by the opening of the BPS payment window.

This is an opt-in scheme which must be applied for by 30 November to receive a loan payment in the event that your BPS 2018 claim has not been fully processed.

However, BPS payments will start on 3 December, when the Welsh government aims to pay as many farmers as possible on the first day.

Daera also successfully obtained permission from the European Commission to increase the rate at which advance payments are made from 50% to 70% of the claim value.

To date, advance payments have been made to 95% of eligible farmers.

A Daera spokesman said: “Daera will continue to make advance payments until early November. Northern Ireland is the first and only region of the United Kingdom to issue advance CAP payments. Balance payments will be made from 3 December.”

Farmers in England will have to wait until December at the earliest to see any BPS 2018 payments.

The Rural Payments Agency aims to get the payments issued promptly from the start of the payment window in December.

Defra is also reviewing other options, such as bringing forward bridging payments, for those BPS claimants who will not have received their 2018 payments in December.