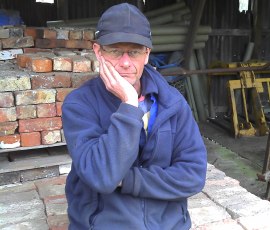 THE Rural Payments Agency told a farmer it was withholding his subsidy cheque because he received a £1.39 overpayment last year.

Paul Gilbert, who farms at Billinghay, Lincolnshire, said he had spent two months trying to find out why his Single Farm Payment was taking so long.

He said he had contacted the agency numerous times but to no avail.

“I can’t understand it,” he told Farmers Weekly. “Our forms don’t alter much from year to year and I’m simple to pay.”

Mr Gilbert said agency staff finally told him the delay was down to him receiving a £1.39 overpayment last year.

“We have now been told we cannot pay the £1.39 back and will have to wait another four to six weeks for our 2011 payment.”

The news came as the Farm Crisis Network issued an urgent plea for donations after it was swamped with calls for help from farmers hit by delayed payments.

Hundreds of farmers faced a cash crisis because of delayed subsidies, the network warned.

For many farmers, another year of delayed payments would be the straw that broke the camel’s back, it said.

But the impact on cash flow was particularly frustrating because nearby farms had received their payments three months ago.

“It will certainly put us at a disadvantage. You could understand if it was a £1000 overpayment but £1.39 is ridiculous.

“The next thing will be that the agency will be fined by Bussels or slow payments again.”

“A debt can delay payment but it is highly unlikely that this would happen for such a small sum,” said an agency spokesperson.

“If a farmer has been given the wrong information we apologise.

“There are many reasons why payments may take longer including checking the value of entitlements – which form the basis of all payments.”