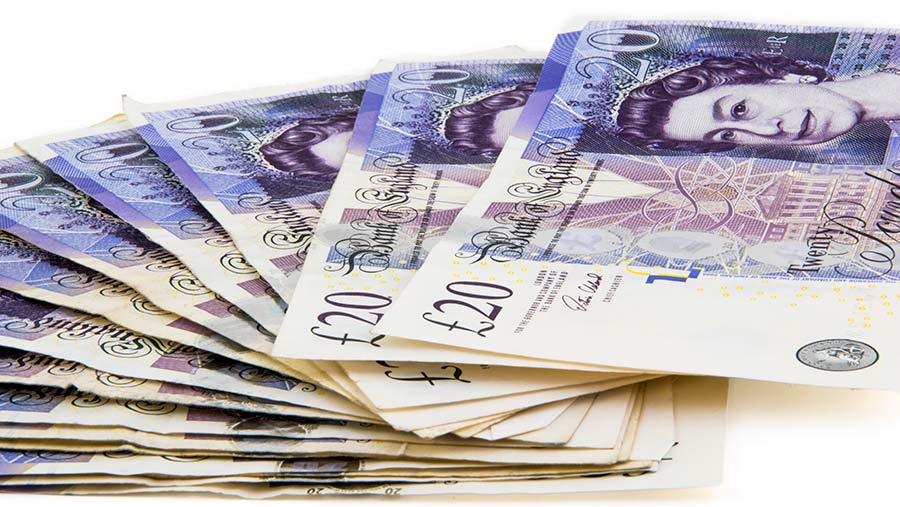 The UK government is coming under pressure from the farming industry to make bridging payments to farmers who are not scheduled to receive their 2018 Basic Payments this year.

Defra says it is considering making BPS bridging payments to farmers in England who will not have received their farm support by the end of December.

However, its Rural Payments Agency (RPA) says it remains fully focused on processing BPS 2018 payments promptly from the start of the payment window (1 December).

In Scotland, more than 99% of eligible farmers, crofters and land managers have received BPS loan payments, worth 90% of their claims.

NFU Scotland has welcomed the interest-free loan scheme, saying it has significantly eased cashflow concerns in a challenging farming year.

In England, the landowners’ lobby group CLA wrote to the Treasury on Monday (12 November) calling for BPS bridging payments to be made in January to all unpaid farmers.

In his letter, CLA president Tim Breitmeyer urges Liz Truss, the chief secretary to the Treasury, to allow a bridging payment of 75% by the end of January.

He writes: “For those farmers who do not receive payments next month, knowing at this stage that a bridging payment will be forthcoming within the next few weeks will help them to plan ahead and provide much needed reassurance.”

The NFU is also lobbying the Treasury to make funds available to pay unpaid farmers interest-free BPS loans in January.

Farmers have experienced severe delays to agri-environment scheme payments this year, piling the pressure on businesses and causing stress and anxiety.

Guy Smith, the NFU deputy president, said: “The NFU has been raising this issue with the RPA, Defra and Treasury since the summer.

“In addition to calling for bridging payments for BPS, the NFU is also seeking the urgent release of Countryside Stewardship and Environmental Stewardship payments for the 2017 scheme year, which as we know are on an income forgone basis, meaning farmers have been out of pocket for over a year.

“Given the current cashflow issues for farm businesses having undergone the double whammy of a cold spring and droughty summer, this hiatus in paying out money owed could not come at a worse time.”

“Key for the NFU is that Defra and RPA deliver accurate payments swiftly, and where they are not issued in that manner, then farmers and growers must be given clear certainty as to the timing of payments to help plan cashflow and business decisions in the coming months.

“If that means additional bridging payments then that is what will have to happen.”

Defra confirmed it is reviewing options, such as early BPS bridging payments, and will provide an update in due course.