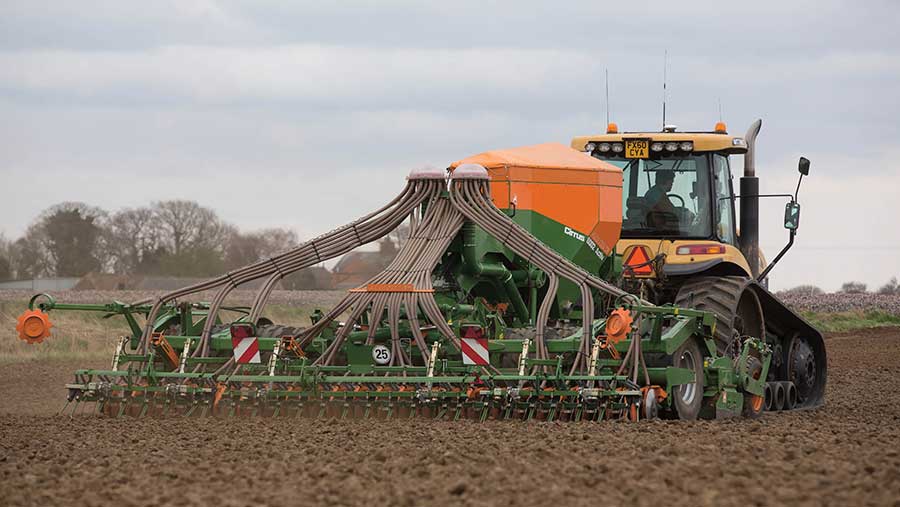 Spring bean growers questioning whether to change cropping plans because of late drilling dates are being advised to persevere if they can get the seed in the ground by the end of this month.

That’s the message from Andy Bury, UK pulse manager at Frontier, who says that although crops planted in late April will see yield potential some 10-15% lower than crops planted at the optimum time, firm prices this year will help to compensate.

He is anticipating a drop in the spring bean cropping area of 10-15%, with part of the reduction due to changes in environmental legislation.

See also: How a min-till approach can improve soil health

Forward contracts for new crop in September and October are being offered at £165/t ex farm, with a £20/t premium for crops for human consumption.

This is about £5/t higher than the current spot price for old-season crop, which has also seen gains in recent weeks.

“Given the forecast, if growers can still go this weekend they are doing the right thing,” he said, highlighting that growers should be cheered by other positive prospects.

Premiums for the human consumption market are likely to be protected after a cold winter killed off significant numbers of bruchid beetle.

Mr Bury also said European output is under threat as the French cropping area is smaller and had been planted in difficult conditions, while growers in the Baltic states had also seen drilling dates delayed.

The UK pulse cropping area had already been revised down after changes to environmental regulations in 2017 rules meant they could no longer be sprayed with pesticides if they were being used as ecological focus areas (EFAs).

“People who can harvest early will get a good reward,” said Mr Bury, noting that winter beans, which make up 20% of the total bean crop, will be eagerly sought after for their larger size.

Roger Vickers, chief executive of the Processors and Growers Research Organisation, said he anticipated about 90% of beans and 70% of peas will have been sown by the end of this week (20 April).

He advised growers looking to model the likely effects in their own situation to download the Optibean Tool from the PGRO website.