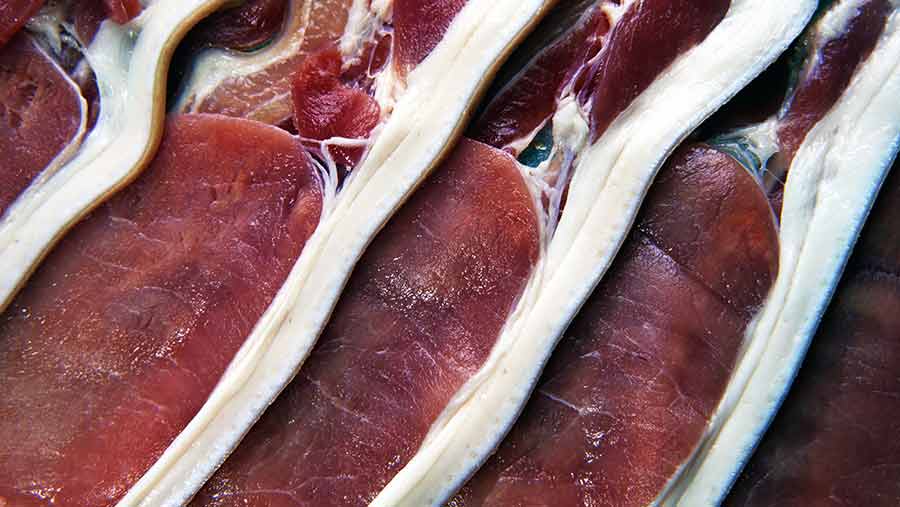 Pig farmers’ share of the retail price fell again in January to the lowest level in well over a decade.

Farmgate standard pig prices have fallen month-on-month since October last year at a rate of roughly 7p/kg each month. Despite this, retail prices have remained largely the same.

Compared with January 2015, farmgate prices have fallen by 16% and yet, over the same period, the average retail price has only gone down by 1%.

This equates to a five-point drop in percentage share for pig producers over the last year.

“The producers’ share of the retail price tends to be determined more by farmgate prices than the retail ones,” said Stephen Howarth, market specialist manager at AHDB.

Retailers will always strive to avoid big price movements so if farmgate prices do fall, as they have done in recent months, it tends to be the producers who bear the brunt of the losses, he said.

“I think the future trend in the producer share will depend on how the farmgate pig price moves.

Certainly, the February average is likely to be lower than January, so probably the producer share will be too,” he added.

“After that, it’s possible we may see the market stabilise or even pick up seasonally through the spring, so the share may not decrease much further.”

In terms of cuts, the retail pork prices of fillet, loin chops and diced pork have increased slightly on the month, whereas traditional pork sausages, boneless leg and boneless shoulder recorded price decreases.