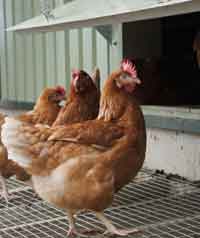 Cheshire East Council has rejected a proposal for a new free-range poultry unit after planning officials performed “a U-turn” at a recent meeting.

As reported in The Sentinel, planning officials initially recommended that councillors approve the proposal for a 6000-bird unit on greenbelt land at Lamberts Lane site, in Congleton.

But the planning officers said new information had come to light which had caused them to review their decision.

They said that members should turn down the plans on the grounds that the farm would threaten the area’s newt population.

Homeowners fought the proposed developments citing their concerns over noise, smell, the effect on the nearby cemetery and the safety of walkers who used the nearby bridleway.