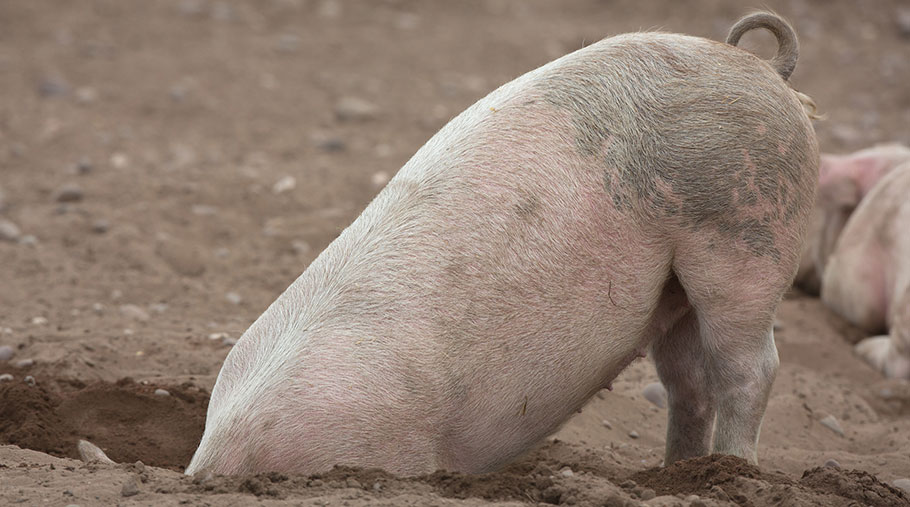 An adverse market, challenging weather and a lack of land and labour are pushing some pig producers out of the industry as profits evaporate.

The difficult environment means many older producers are looking to get out of pigs, according to market consultant, Peter Crichton.

“I have serious concerns about producers of a certain age who are thinking about retirement,” said Mr Crichton.

“It’s a very tough industry at the moment – many saw prices go up in the past few months and said now’s a good time to get out.”

Pig prices have stalled in recent weeks, with the UK-spec Standard Pig Price dropping by 0.16p to 146.42p/kg in the week ending 18 August, to its lowest level for two months.

Current average costs of production for Red Tractor-assured pigs had increased by about 10p since the start of the year to 148p/kg leaving producers with minuscule margins.

Low-cost pork from Denmark, Holland and Belgium has been undercutting British in recent weeks, however the sign of German prices increasing last week offered a degree of optimism for UK producers.

Mr Crichton added that, despite there being no mass exodus of producers, there wasn’t enough youth or experience coming through the industry when owners and key staff decided to hang up their overalls.

Red Tractor member figures, a metric used by the National Pig Association (NPA) to determine the number of assured UK producers have steadily climbed over the past five years.

The UK pig herd has also steadily been increasing since 2015, with the latest figures for December 2017 at 4,713 – 4% above its level the year before, according to AHDB Pork.

But Mr Crichton, who is also an auctioneer with a number of dispersal sales booked in, said this could be down to increases in bed and breakfast contractors for finishers as opposed to more independent pig producers joining the sector.

“The situation has not been helped by Brexit. Big pig units, abattoirs and haulage companies employ high proportions of migrant workers. Without them many couldn’t operate.”

Brexit was also a major concern for UK pork exports to the continent, according to NPA chief executive, Zoe Davies.

“We are so dependent on the EU for carcass balance,” she said.

“We produce 10m loins a year but consume 23m. We also over produce shoulder and belly cuts which would have nowhere to go unless we quickly open up new markets.”

China was the largest non-EU recipient of UK pigmeat, and the recent confirmation of three separate outbreaks of African swine fever presented an opportunity for UK producers to offset the country’s domestic production with British imports.

Advice for pig producers in during tough times from Peter Crichton