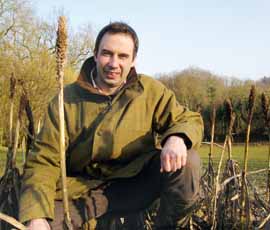 It’s crunch time for the Campaign for the Farmed Environment. Postal surveys have been sent to 5500 randomly-selected farmers and land managers, and these must show the industry has put more land into voluntary environmental management. If not, DEFRA has said it will be forced to consider the compulsory option. Exact details of this legislative approach have not been confirmed, but it is well documented that farmers could be forced to put 6% of their land into environmental set-aside.

This would have to be managed to a set of standards dictated by DEFRA and would be inspected for compliance, said Corrina Gibbs, project co-ordinator for the Campaign for the Farmed Environment.

“It wouldn’t be like the old set-aside and farmers could be fined a minimum of 3% of their single farm payment if they failed to manage the set-aside to a satisfactory standard.”

It has also been mooted that this land would be taken on top of any land registered in agri-environment schemes such as Entry Level and Higher Level Stewardship schemes.

But farmers continue to be divided in their approach to the campaign. Some have embraced it, putting land into environmental management through agri-environment schemes and voluntary measures, some feel it is important, but haven’t got around to it yet, and others feel it won’t make a difference.

For those who are still not convinced, Farmers Weekly has asked one producer how the voluntary approach will compare with the legislative alternative on the ground he farms. 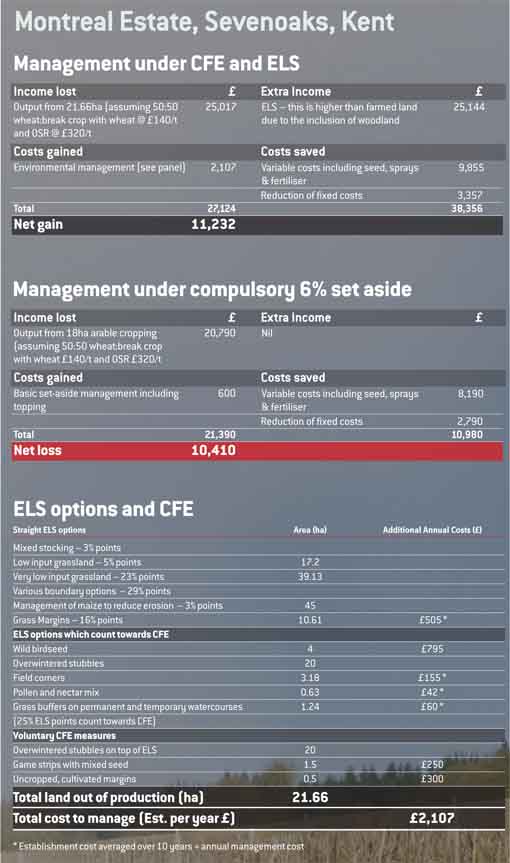 James Standen is farm manger for the 838ha Montreal Estate near Sevenoaks, Kent, and has made environmental farming an integral part of the business.

Through the current system, he gains a healthy profit of £11,232. If he was forced to take an additional 6% of land out of production, he would be left with loss of more than £10,000.

Mr Standen manages a 180-cow dairy herd, 335ha arable cropping, 12 suckler cows and followers, and 80 breeding ewes. Half the farm is managed woodland and it also has a commercial shoot.

Through the ELS and voluntary measures he has managed to exceed the campaign requirements while taking minimal productive land out his rotation. “I like to be in full control of my farm and feel our chosen options will have a far greater beneficial impact on wildlife than any enforced set-aside,” Mr Standen said.

In total 3-4% of land has been taken out of production for ELS key target options and voluntary measures. These have been chosen to fit in with existing farming operations and have taken the minimum amount of productive land out.

He has opted for more in-field options than he needs to because they help support the farm’s commercial shoot.

Mr Standen claims ELS entitlements over the entire 838ha farm, but because just less than half the farm is woodland all 25,144 points are claimed on the 475ha farmed land.

If CFE was not successful and he was forced to take 6% of his land out of production under compulsory environmental legislation it would cost him £10,410 and increase burdensome paperwork and inspections.

To compensate, he said he would be forced to push the set-aside area to field boundaries, where possible, and reduce in-field options. “I feel the result of introducing compulsory set-aside on this farm would be a net loss in environmental management/biodiversity that we have tried to achieve with our ELS/CFE options.

“I would also not be looking forward to the increased form filling, red tape and instruction from DEFRA on how to farm.”

Target – 3-4% of least productive land managed for the environment

Delivered through a combination of ELS and voluntary measures

* A third should be key target options for CFE

* Equates to about 2.5ha out of production for CFE

* Take out a further 1ha out under voluntary measures

* Total 3.5% land out of production for environmental management

* The 3-4% target can be delivered entirely through ELS if more key target options are taken. Not all growers will be able to meet this target. Growers can also take 3-4% entirely through voluntary measures.