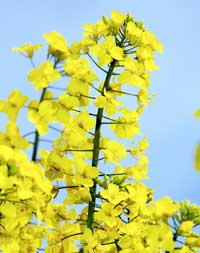 Members of United Oilseeds will receive their third consecutive profit share payout this year after a successful year of trading for the company. Group net worth has increased from £2.72m in 2006/07 to £4.04m in 2008/09.

A record payout of £340,000 will be split between the 3100 members who trade crops and buy seed via the company. It takes the total amount paid back to members to almost £1m over the past three years.