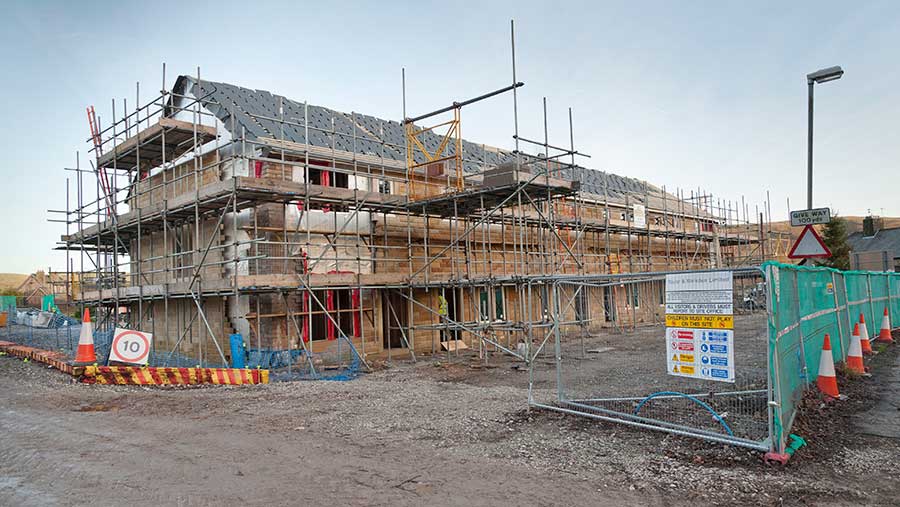 The government has rejected plans for a radical shake-up of planning rules to enable central and local governments to claim a greater share of the rise in value when land is approved for development.

A report published in September 2018, by MPs on the Housing, Communities and Local Government Committee, called for wide-ranging reforms to allow local authorities to buy land at a “fairer price” as part of a strategy to solve the housing crisis.

MPs argued increases in land value were largely created by the state through the granting of planning permission or new infrastructure projects, so local communities should get a greater slice of any uplift.

In response to the report, the government said while there was scope to claim a greater proportion of land value increases, it was concerned changes to the system could have profound impacts on the land market in the short term, even if they were sensible in the long term.

“Accordingly, the government’s priority is to evolve the existing system of developer contributions to make them more transparent, efficient and accountable.”

The Country Land and Business Association (CLA) had previously warned the select committee’s proposals could act as a brake on new housing, rather than supporting the creation of new homes.

Christopher Price, CLA director of policy and advice, said the current system achieved an equilibrium which meant landowners were incentivised to sell land for development.

“We are pleased the government has recognised this and is committed to making it work by giving existing reforms to the compulsory purchase system a chance to bed in before making more drastic changes.

“We are open to a more fundamental look at the issue, but it must start by working with landowners, not seeking to forcibly remove their assets at artificially low prices.”

The CLA’s line was supported by representatives of the property industry who agreed if landowners were to get less of the uplift from change of use, then fewer would come forward with land.

Jon Stott, chairman of the Compulsory Purchase Association, added the government had taken a “measured” stance by avoiding any knee-jerk changes.

But the chairman of the select committee, Clive Betts, said the government’s approach was a wasted opportunity.

“It is pleasing the government has recognised there is scope to capture a higher proportion of land value increase, yet there is a distinct lack of vision and urgency in how it would be achieved beyond existing mechanisms,” he said.

“The current system allows landowners to make substantial profits from the increases in land value that arise from public policy decisions.

“It is only right that a significant proportion of these profits should be shared with local communities.”

Defra has launched a consultation on whether developers should be required to deliver a “biodiversity net gain” when building new housing or commercial developments.

This would mean that habitats for wildlife must be enhanced and left in a measurably better state than they were pre-development.

The document suggests net gain could be achieved by: