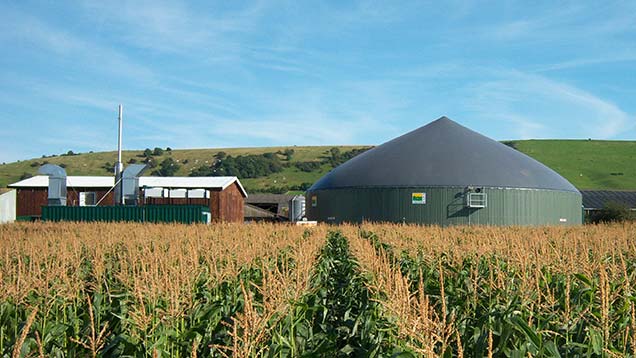 There has been a fourfold increase in the energy generated by anaerobic digestion over the past three years and the sector has potential to quadruple capacity by 2017, according to Defra’s Anaerobic Digestion Strategy and Action Plan annual report.

Some 140 AD plants were operational by last autumn, with electrical generating capacity of around 150MWe. With more than 200 additional plants having received planning, the report says the sector is well-placed to meet the action plan’s 3-5TWh generation target by 2020.

On-farm plants account for almost half the total, with food waste being the main feedstock and the one that showed most rapid growth. Some 830,000t of separated solid food waste were used in 2013 [the most recent data], compared with 610,000t of liquids (mostly from commercial sources), 300,000t of purpose-grown crops and 260,000t of manures. Around 90% of digestate produced (more than 1m tonnes) went on to agricultural land.