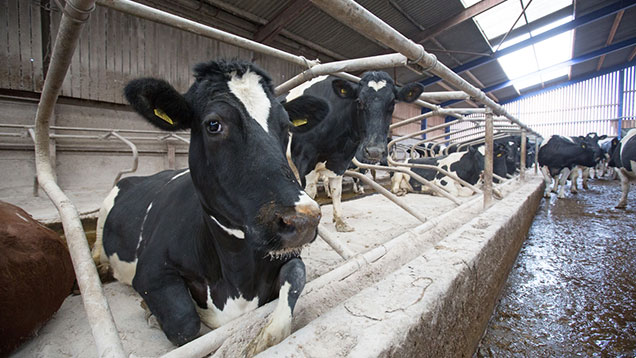 Details of a radical plan allowing dairy farmers to get together and restrict milk output in a bid to firm up prices have been published by Brussels.

EU farm commissioner Phil Hogan called for the “speedy implementation” of the special rules in a speech to the European Parliament on Tuesday (12 April).

It would see the activation of Article 222 of the Common Market Organisation, which allows farmers, co-operatives and other producer organisations to restrict milk output.

Such a move would usually be deemed a breach of EU competition rules. But Article 222 allows for special measures to be activated when there is severe imbalance in the market.

It means dairy co-operatives and producer organisations can agree to curtail production for an initial period of six months and up to one year with EU permission. (See the European Commission’s website for details on the rules for voluntary planning milk production).

UK-based dairy companies Arla, First Milk and Direct Milk Dairy Producer Organisation have all said they have no plans to take advantage of Article 222.

But countries such as France are more in favour of market stabilisation measures, including restrictions on the amount of milk produced.

Mr Hogan has also confirmed that Brussels will allow member states to pay farmers up to €15,000 (£12,000) each as an incentive to “freeze production” in a bid to address oversupply in the dairy market.

In the UK, the NFU says Defra is unlikely to fund such a measure. But supporters of Article 222 believe that could change if other countries are seen to fund a production freeze.

Addressing MEPs, Mr Hogan said responsibility for the speedy implementation of Article 222 now lay with EU co-legislators – in other words, the European Parliament.

“I call on you to seize that responsibility with a view to ensuring this measure is used as an effective contribution towards greater market balance in the dairy sector,” he said.

Article 222 was introduced in 2013 but has never been used and can only be applied when the market is deemed to be severely imbalanced.

But Brussels announced on 14 March that the strict criteria for Article 222 to be activated had now been met for the dairy sector.

The same day, it was included in a package of aid measures which EU farm commissioner Phil Hogan said “should now be given the chance to succeed.”