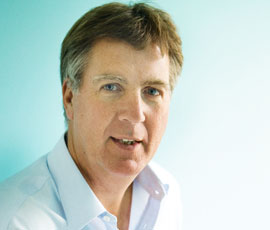 With 2011 coming to an end Farmers Weekly looks back at some of the events that shaped this year, like the campaign to cut red tape.

Farming’s long battle with over-regulation finally began to swing in favour of farmers as steps were taken to cut red tape.

Calling for a culture change on bureaucracy he outlined key areas where regulation could be simplified, including animal movements, planning and single farm payment applications.

DEFRA’s interim response was to outline a future where farmers who met higher environmental and animal welfare standards could be allowed to operate more freely.

“Where we can, we’re looking to free up those playing by the rules so they can get on with doing what they do best – running their farms, said DEFRA farm minister Jim Paice. “If industry is ready to play its part, we can make it a reality,” he said.

By November Mr Macdonald said he was hoping to invite individual farmers onto a group that would oversee the implementation of more than 100 of his recommendations.

New approaches now being explored include making inspections more risk-based and targeted at farms at greater risk of breaching regulations. Inspections could also be co-ordinated to reduce the number of duplicate visits.

Read more on our dedicated Rip Up Red Tape page.