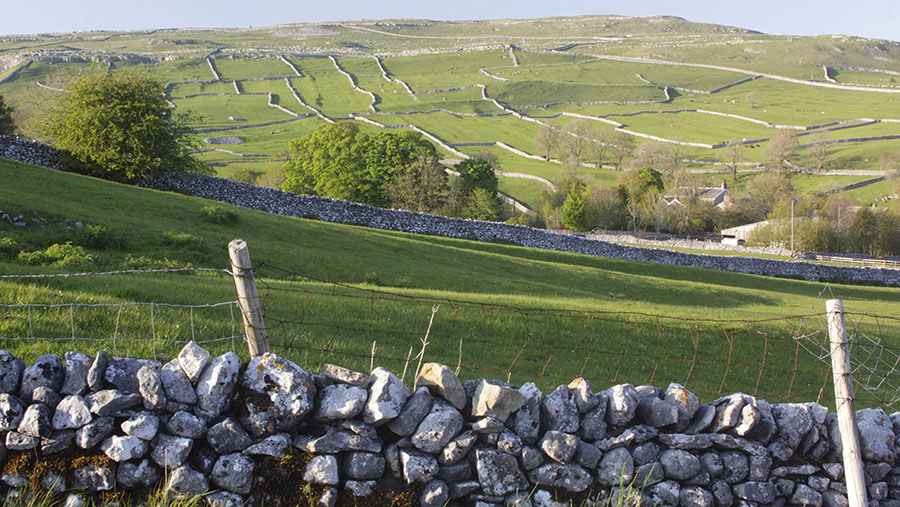 Land prices in England and Wales remain relatively steady compared with a year ago, with demand stabilising despite Brexit uncertainty.

The latest Rural Land Market Survey from the Royal Institution of Chartered Surveyors (RICS) and the Royal Agricultural University shows prices averaged £10,260/acre during the last six months of 2017.

This was fractionally higher than the first six months of 2017, although 2% down on the same period a year ago.

The average value is based on actual transactions, but also includes a residential component where that is estimated to be less than 50% of the total value.

Asked to give their opinion of bare land values, surveyors who responded to the RICS survey concluded that the price was about £8,433/acre for arable land and £6,436/acre for pasture.

This opinion-based measure is about 8% down on the estimates offered the previous year.

The survey found a key feature of the market is tighter supplies, with contributors pointing to Brexit uncertainty as a reason for a decline in the supply of residential and commercial farms.

More than one-third of respondents said they expected this trend to continue in 2018, with less land coming to the market.

The RICS report said after a two-year period during which demand had deteriorated there had been a “stabilisation in new buyer interest”.

However, anecdotal evidence suggests buyers continue to focus on high-quality land in a good location and it can be a challenge to sell lower-grade acreage.

Other notable trends raised by agents include an increase in the amount of land being marketed privately and the importance of rollover buyers, who are creating hotspots in some areas.

Average land rents dipped during late 2017, but were still up by 4% on an annual basis, according to the survey. However, compared with their 2014 peak, arable rents remain down by more than 10%.