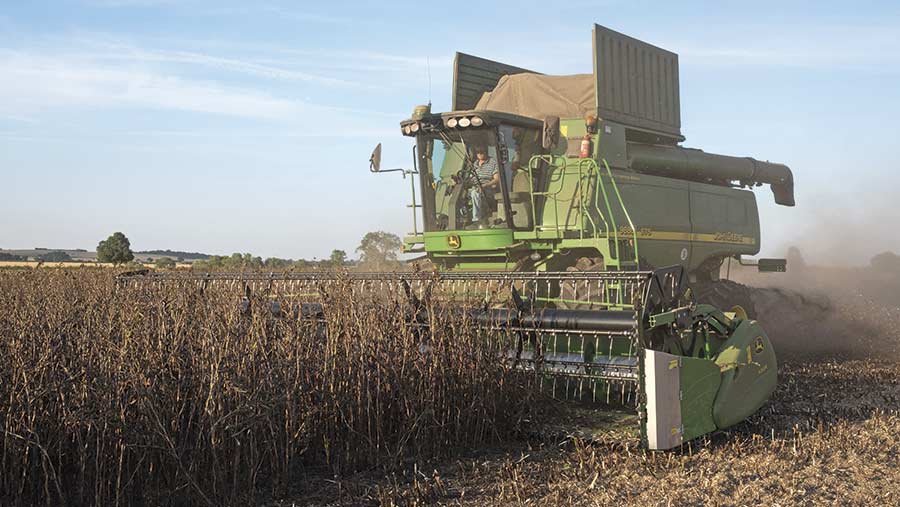 Rising bean prices are bringing some relief to beleaguered pulse growers after a difficult summer.

Producers have been dealt heavy blows this season with 25% lower yields and increased pest damage.

However, prices have risen by £12/tonne since the beginning of August to around £190/tonne, depending on location, putting them some 22% higher than last year.

Pulse trade organisation Bepa reports that interest is being shown in crops with more than double the normal level of acceptable pest damage.

The summer heatwave, recently confirmed by the Met Office as the hottest on record, also caused substantial increases in discolouration levels.

Bepa president Franek Smith said that with merchants reporting 95% of samples are showing damage levels of over 15%, buyers are showing interest in shipments with as much as 10% bruchid beetle damage, some 5% above normal rejection levels.

But Andrew Little, pulse and oilseed trader with co-operative Openfield, said bruchid damage was so significant that many samples were still unlikely to qualify for human consumption.

Around 80% of the UK crop is now harvested and he said that he anticipates significantly more of the crop being downgraded, meaning there will be very few boatloads being exported this year.

He forecasts a maximum export of 50,000 tonnes this season, traded in individual containers rather than a whole ship.

However, as the total UK crop is smaller, although a greater proportion of the crop than average is likely to fall into the feed market, Bepa forecasts that the total feed bean availability will be approximately the same at 500,000 tonnes.

And prices are likely to remain upbeat thanks to the demand being well supported by feed mills who have seen production levels soar as livestock producers stepped up feeding over the summer to compensate for the drought.

With many rival feeds available to compounders the market for pulses is difficult to predict as manufacturers stay tight-lipped about where the tipping point is between them taking one commodity over another.

Owen Cligg, United Oilseeds trading manager, said that a large soya crop in the US is overshadowing the market but that limited crushing capacity in Europe will limit its ability to drive down feed prices.

Feed beans generally trade at a £30-40/tonne premium to the wheat futures market so if that goes up it could rise further, he added.