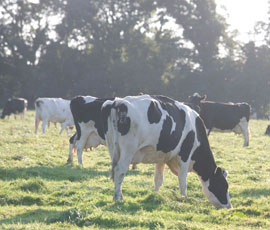 With the capacity to process 150,000 litres of milk a day, the dairy supplies milk and cream products across northern England and is the second dairy to call in administrators in just over two weeks.

“The company is supplied by 22 farmers but we do not yet have the information to confirm the outstanding amount due to the farmers as we are collating this at present,” said a statement from administrator PricewaterhouseCoopers.

“Regarding whether they will be repaid, it is currently too early in the process to comment.”

The company had an annual turnover of around £17m but a significant rise in bad debts from customers, an increasing cost base and difficulties passing price increases to customers had meant the dairy was unable to balance its books, said the administrator.

Trading has been suspended and the dairy’s 88 staff have been told that they will find out their position in the coming days.

The administrator is looking for another company to take over the facilities, which have been used by Rock Farm Dairy for more than a century.

“Trading has suffered in recent months and the administration is clearly disappointing news for all of the stakeholders, and employees in particular,” said Stephen Oldfield, joint administrator and PwC partner.

“However, we are looking to secure a rapid tolling agreement for Rock Farm Dairy. We are very keen to speak to anyone who might have an interest in such an arrangement.”

In October last year, the dairy was forced to recall eight milk and cream products after customers complained about a taint and odour.