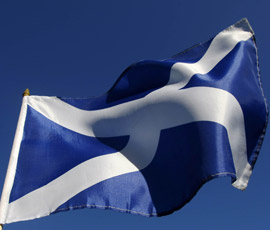 Scottish independence will take centre stage at the Royal Highland Show next week with the launch of a new “no” campaign aimed specifically at the country’s food and farming sector.

“It is essential that the voices of farmers and food producers are heard during the referendum debate,” said Mr Lyon, speaking to Farmers Weekly ahead of the campaign launch.

“Rural Better Together will be farmer-led and a strong voice for those who share the view that the needs of our food and farming sector are best served by a strong Scotland remaining part of a strong United Kingdom.”

As part of the UK, Scotland’s food and farming industry benefited from open access to a big home market of 63 million consumers and real influence on the European stage, he added.

In the “yes” camp, Scottish rural affairs secretary Richard Lochhead will outline the benefits of independence for rural Scotland, at a seminar at the country’s flagship agricultural event.

“I firmly believe that Scotland’s true potential has yet to be realised and that’s particularly true in rural Scotland where we have fantastic assets and yet, too often, find ourselves unable to harness their full potential because of the limitations of devolution,” he said.