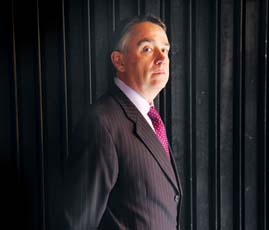 The Rural Payments Agency is to conduct a “root-and-branch” review of the way it handles complaints from farmers.

Chief executive Mark Grimshaw said he wanted the agency to deal with farmers openly and transparently, including its complaints and appeals process.

The move follows frustration from farmers facing single farm payment delays that their queries are not always dealt with promptly or efficiently.

Mr Grimshaw said: “I am undertaking a root-and-branch review of our process and I will be looking to re-engineer it to improve resolution time and customer service.”

The review was an opportunity for better cooperation between the agency and farmers, Mr Grimshaw told an NFU council meeting at Leamington Spa on Tuesday (24 January).

Manually-calculated payments were being made two months earlier this year for claimants with long-standing issues. Some claims had been paid in January, with more to follow in February.

Mr Grimshaw said better and earlier communications with farmers who remained unpaid at the end of December was another improvement made this year:

“You have told us that knowing what is happening to a claim is vitally important for those who are waiting for their SPS payment.”

Acknowledging that some farmers were still waiting, Mr Grimshaw said performance indicators had set realistic expectations for the agency’s customers.

They had also provided real improvements on previous years. “Each of our SPS 2011 indicators either betters or matches performance during any previous scheme year.”

Looking to the future, a five-year plan would be published in the first quarter of 2012.

This plan would set out the outcomes the agency expected to deliver over the next five years as it prepared for the 2013 reform of the Common Agricultural Policy.

“It will show how we plan to put the Rural Payments Agency on a stable footing for delivering schemes up to and after CAP reform.”

New systems would be introduced. This would include improving the quality of underlying data, which was the cause of so many problems faced by farmers.