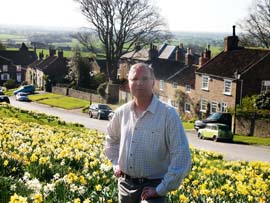 They’re bright lads in the news media – not much escapes them.

They’ve decided that we’re all worried by the current austerity measures, by financial insecurity, rising fuel prices and the ever-increasing pension age – and you can’t argue with that. But, as ever, they’re only interested in the effects of hard times on our inner cities. They ignore the countryside. So who is shouting for our corner, for the hard-pressed farmers and rural communities?

When I moved to the capital to join the Metropolitan Police, people talked about the North-South divide. I could see it, plain as the nose on your face. I was like a fish out of water. But that was 25 years ago. Right now I think it’s the urban-rural divide that needs to be looked at. That’s the fault-line running down the backbone of Britain. We know it’s the minority in the countryside who feed the majority in the towns, yet the decision-makers, news editors and policy-makers are all city-based, and largely unaware of the special circumstances of rural living.

Even those city slickers who spend their weekends in country hideaways; how in touch are they with the realities of the local economy?

Do they realise how few of us are on mains gas, or the distances we have to travel to reach work, schools or shops? Do they assume farmers still work with horse and plough? As they commute to work on their regular buses and trains, or ferry their children a few hundred yards to school in their Chelsea tractors, do they have the faintest idea how out-of-control fuel prices affect us country people?

How do you think the government’s spending cuts will impact on rural police forces? Do you get a good service from yours or are you disappointed with them? Share your views – and see what others are saying.

Many of us who have served in rural police forces are waiting with bated breath to see where the cutbacks are aimed.

You can bet the prime target will be the front-line – and that will strike at the heart of rural policing. I know only too well what it feels like to confront a car-load of burglars in the middle of nowhere, on your own, knowing that your only back-up is 30 miles away along narrow, twisting roads; or to conduct a man-hunt on the North York Moors and be told the only helicopter in the region is tied up on Humberside.

We are already stretched to the limit, yet we constantly see resources channelled to the areas where the crime figures are highest – namely, the urban centres.

And, as the strength of the country forces is eroded, I find myself wondering where the urban crooks will head next, in search of easier pickings. They’re not daft, are they?

The one advantage we have over the city folk is our sense of community – re-branded by David Cameron as the “big society”. We’ve always looked out for each other. We already have a big society, but how do we maintain it? Country Watch and Farm Watch do a fantastic job, but they need the backup and support of officers in uniform, on the roads and in the villages.

Prince Charles has recently spoken about the way in which unprecedented pressures are picking at the threads of rural life. Without some serious support for our hard-pressed farmers and rural police forces, the very fabric of the countryside could be torn apart.

But we’re seeing budget cuts that will have a huge impact on all forces across England and Wales. The smaller rural forces such as North Yorkshire – it’s actually the largest county in England – will feel them worst of all. North Yorkshire had 1,650 police officers in 2007 and is bracing itself for a loss of 400, along with some 350 civilian staff. At 1,250, its officer strength will be the lowest in its history.

I’m afraid we’re going to have to get used to seeing even less cops on the streets and even fewer patrolling in the rural communities. The system of “fire brigade” policing will become more the norm. Officers will only be seen when responding to an incident – whether we’re talking about a burglar alarm, a call from a member of the public, or a cry for help for any number of reasons. Proactive and community policing will have to take a back seat.

Even if the economics are inevitable, why should front-line services have to suffer – why not cut the pay of senior management? Something needs to be done, or we’ll soon have the unedifying spectacle of 60-year-old male and female officers tackling violent criminals, street gangs and rioting protesters. How can chief constables spin us the line that they will be able to deliver a better service with such deep cuts?

The working hours of a beat bobby are, to say the least, punishing. It is for any shift worker, but a copper rarely finishes when his or her hours are up. There is frequently a statement to be taken, an arrest procedure to be completed, a report to write – and in this highly litigious age, you don’t scrawl a few lines and sling it in, then dash home. You make sure it’s water-tight against every argument a lawyer can throw at it. Faced with this kind of stress, is it any wonder that only a few years ago, a police officer in North Yorkshire who worked until retiring age could have expected, on average, no more than five more years of life?

The cuts are affecting us all. As a police officer I saw my share of political demonstrations, but I never expected to take part in one. Last month I did just that, in defence of our library service.

York City Council maintains 18 libraries, which service about 200,000 people and had no plans to close any. North Yorkshire County Council planned to close more than half of its 44 libraries and six out of its eight mobile services, which serve 600,000 rural folk. It was only when we mounted a vocal protest that they stopped to re-think. Some libraries will still go, but hopefully we have secured the future of several others. Perhaps this is what Mr Cameron means by the big society: People Power. Nevertheless, I’m still waiting to see the first council executive offer to take a pay cut.

As an officer patrolling a country beat, I always felt I had my finger on the pulse of rural life. I now see a massive divide between the city and the country; the farmers bearing the brunt of increased feed and fuel costs, and the massive losses currently being sustained by our dairy and pig farmers. Yet supermarket profits continue to soar.

Tourism is Britain’s fifth highest earner. And how many of those visitors come here to enjoy a rural landscape maintained and nurtured by our hard-pressed farmers and country folk? Countless millions.

Someone needs to stand up for the rural communities. So if you’re listening, Mr Cameron, give us a break.

NOT ON MY PATCH LAD 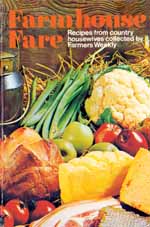 The mass-market paperback of Mike Pannett’s latest book, Not on My Patch Lad: More Tales of a Yorkshire Bobby, is released on 14 April. Published by Hodder & Stoughton, it’s priced £7.99. This is the third book in the series written by Mike, described by the national media as “the James Herriot of policing”.