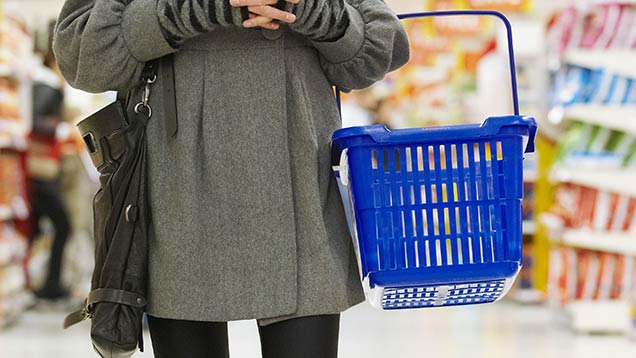 Sainsburys has become the latest of the Big Four supermarkets to show it is feeling the pinch of a tough grocery market by posting its first loss in a decade.

The losses come mainly as a result of writedowns of the value of larger, struggling stores as consumers opt to shop at smaller convenience stores and discounters such as Aldi and Lidl.

Just two weeks ago, Tesco reported a record loss of £6.4bn, also largely as a result of the writedown of the value of property, while Morrisons posted losses of £792m in March and announced it would close 23 stores.

With shoppers demanding cheaper products, spending less and moving in their droves to the discounters, the Big Four supermarkets – Tesco, Sainsburys, Asda and Morrisons – are continuing to feel the pressure and have cut millions of pounds off shelf prices in the past 12-18 months.

The latest figures from market analysts Kantar World Panel show all of the Big Four lost market share in the 12 weeks to 26 April, while Aldi, Lidl and Waitrose continued to draw in more shoppers.

Fraser McKevitt, head of retail and consumer insight at Kantar Worldpanel, said: “Growth in the market has declined thanks to a record low for grocery price deflation. A typical basket of everyday items is now 2.1% cheaper than it was in 2014. Lower costs are the result of both falling commodity prices and the ongoing supermarket price war, with all major retailers offering cheaper like-for-like goods.

“This is good news for consumers, saving the average household £20 in the past three months. But many of the country’s largest grocers have struggled to enjoy substantial growth, with lower prices taking £532m out of supermarket tills.”

…. but concern for suppliers

Concern about the effect of supermarket price wars on suppliers was raised last year by experts and farming leaders, who said retailers may look to lean on their suppliers more to help fund the cost of price cuts.

Research by accounting firm Moore Stephens in November found that farmers and food firms were going out of business as a result of the price war.