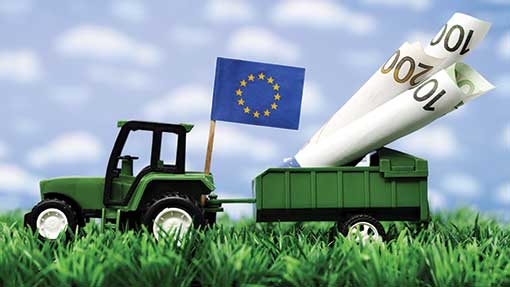 The Scottish government has been urged to adopt a “can do” attitude to implementing CAP reform to ensure support funding is focused on active farmers.

While prioritising productive agriculture made the CAP more complicated, failing to make use of the flexibilities being introduced would deliver little to Scotland’s farming output, the union said.

With a limited budget, Scotland could not afford to create a new generation of slipper farmers.

“Given all that is at stake, we need a “can do” attitude from Scottish government to get this sorted,” he said.

“A clear focus on activity can give all sectors the capacity to respond to a world that increasingly needs food.”

Mr Miller said there were still several “red line issues” which needed to be grasped and addressed by the government if Scotland’s farm businesses were going to be given the necessary support to produce food and manage land.

These included agreeing the delivery of appropriate support to those farming in Scotland’s rough grazing area, and finding ways to support growers who would be forced manage the three-crop rule requirements.

Mr Miller said the government needed to move to a more constructive phase to get the CAP deal sorted.

The union had invited politicians to visit farms in South West Scotland to understand the impact reform could have on producers in the region next week, he added.

“Decision time is looming and it is time for policymakers to put farming and food first.”