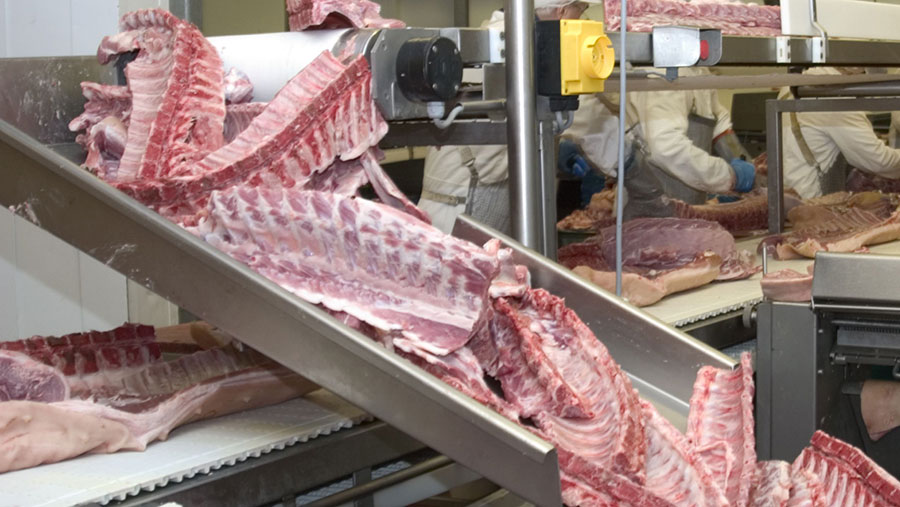 Meat products have been recalled across the country after a major meat processor, Russell Hume, was found to have “instances of serious non-compliance” with food hygiene standards.

This is the second time in less than six months a UK meat processor has been investigated following concerns over hygiene regulations.

In October, 2 Sisters bosses were grilled by members of the House of Commons Food, Environment and Rural Affairs select committee after undercover filming by The Guardian and ITV News which appeared to show serious food safety breaches at the company’s West Bromwich plant.

The Food Standards Agency (FSA) said all Russell Hume sites were investigated after an unannounced inspection at its Birmingham site on 12 January found hygiene issues.

The FSA said the company, which supplies caterers, hospitality, care homes and schools, was “unable to demonstrate compliance with food hygiene standard rules at its locations” and the FSA was “concerned about the poor practices in place at their premises.”

Although the FSA said there was no evidence to suggest anyone had fallen ill after eating meat from the company, it has told Russell Hume to halt distribution of its products and recall unused food.

The FSA said Russell Hume was co-operating with its investigation, which is ongoing.

Sian Edmunds, partner and food specialist at law firm Burges Salmon, told Farmers Weekly such scandals could undermining public trust in the meat sector at a time when consumers, particularly in the younger generation, are becoming distrustful of large food manufacturers and processors.

Millenials are increasingly suspicious of the livestock industry, where their food comes from and the environmental impact of producing it, she said, and scandals like this are conspiring to make it a challenging time for the sector.

Sian Edmunds, partner and food specialist at law firm Burges Salmon raised concerns about the ability of the FSA to properly monitor food safety compliance, due to being under “massive financial pressure” and therefore lacking resources.

While issues at Russell Hume were discovered by the FSA, all of its major buyers would have had their own auditing checks, said Ms Edmunds, but these failed to pick up hygiene breaches.

Meanwhile, breaches at 2 Sisters, back in the autumn, were only picked up following an investigation by the Guardian and Bureau of Investigative Journalists.

Just months before issues at 2 Sisters came to light, the FSA released a report called Regulating for the Future, which proposed reducing the frequency of food safety inspections carried out by the FSA and local authorities of major retailers.

The thinking, said Ms Edmunds, was bigger companies should be “squeaky clean”, with adequate staff training in place, and that retailers could do more of their own inspections of suppliers, whereas smaller food companies needed closer scrutiny.

“The whole thing is very troubling and comes down to resources and what those resources are aimed at.”

To avoid a “continuing stream of food safety scandals”, the UK will need to properly resource public bodies that are publically accountable, warned Erik Millstone of Sussex University, following the 2 Sisters scandal.

Writing to the Guardian in October, the professor, who is described as one of the UK’s leading independent scholars on food safety policy, said: “Much of the fault lies not with the FSA, or local authorities, but with the government, which has cut the FSA’s budget and funding for local authorities to the extent that they can no longer consistently enforce food safety regulations in this country.”